A South Korean professional footballer, Hwang Hee-chan is currently playing as a striker for the English Premier League club, Wolverhampton Wanderers. Before Red Bull Salzburg, he played a season for FC Liefering, his debut club.

Also, the player is a South Korean national team member and has been capped 47 times, scoring eight goals.

Hwang Hee-chan was born on January 26, 1996, in Chuncheon, to Hwang Won-Kyung and Song Young-mi. Right after his birth, his whole family relocated to Bucheon, where he lived until he was 11.

Hwang Hee-chan's Net Worth and Endorsement

Hee-chan's market value was around £9 million in July 2018. In 2022, Hwang signed a permanent deal with Wolverhampton until 2026. None of the parties has disclosed the contract details. According to sources, The player has an annual salary of £1,352,000 and a weekly wage of £26,000. His salary will increase in the coming seasons. 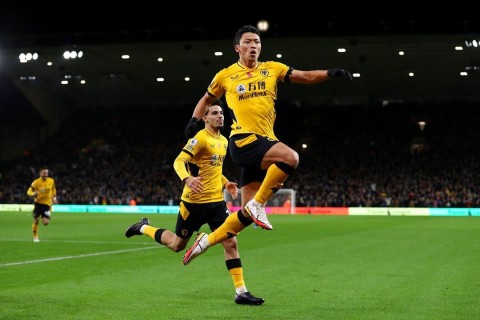 Hwang celebrates after scoring a goal with the team SOURCE: [email protected]

His annual salary was expected to be around €988,000 with a weekly wage of €19,000, which he collects from playing for his former club, Red Bull Salzburg. No sources of information could tell about the exact net worth of Hee-chan, though it is believed that it could be worth quite a few million dollars.

An academic graduate of Pohang Steelers, Hee-chan began his professional football career with FC Liefering, signing his first professional contract on January 1, 2015. In his debut season with Liefering, he played 31 matches and scored 13 goals.

In January 2016, Hee-chan moved to Red Bull Salzburg. On November 3 of the same year, he came off the bench and scored a brace in a Europa League match for his side against Nice, leading his team towards their first Europa campaign win.

In his first season with the club, The player appeared in thirteen games. He had initially signed a four-year contract with the club and was loaned to Hamburger SV in Bundesliga for the 2018/19 season. After his contract expired in 2019, Hwang moved to RB Leipzig and signed a two-year contract. He had a decent season with the team, and in the mid-season of 2021/21, Chan was loaned to the Premier League and signed with Wolverhampton Wanderers.

In early 2022, Hwang extended his contract until 2026 for an undisclosed fee.

Hwang Hee-chan has represented his native country, South Korea, at youth and senior levels. He was a part of the South Korea U-17, U-20, and U-23 national squad. In 2016, Hee-Chan earned his first call-up to the South Korea national senior team.

In May 2018,  he was named to South Korea's preliminary team for the 2018 FIFA World Cup along with his teammates Son Heung-min, Kin Shin-Wook, and Lee Yong. However, he did not get shortlisted for the final. He is probably likely to make it into the 2022 FIFA World Cup. Hwang has appeared in twenty-five international matches in four years and scored almost ten goals.

Hwang won his first club title in the 2015/16 season, with RB Leipzig winning the league title. They went on to win the Austrian Cup the same year. In the next three seasons, The club won the titles successively. After moving to RB Leipzig in Bundesliga, The club was the runner-up in the DFB-Pokal runner-up in the 2020/21 season. 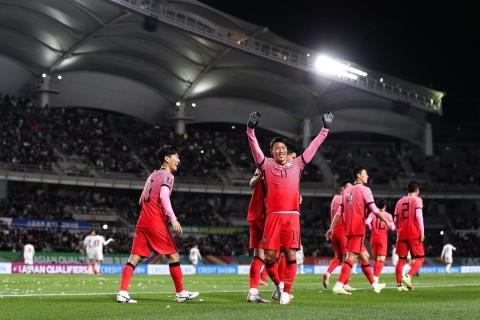 Regarding his national team, The player won the AFC U-16 Championship top goalscorer in 2012. In 2016, The South Korea U23 team was the runner-up in the AFC U-23 Championship. He was part of the 2016 Asian Games winning team.

Hwang Hee-chan stands at 5 feet 10 inches and weighs around 77kg. He is active on Instagram with over 207K fan followers.

The South Korean footballer seemed to be a private person regarding his personal life. He has shared less information about his love life in the outer world. There is no records of his past and present affair with his potential girlfriend. As per our records, he is possibly single and unmarried.