Gossip How much is Mousa Dembele Net Worth? Know about his Annual Salary

How much is Mousa Dembele Net Worth? Know about his Annual Salary

During his time at Tottenham, Mousa Dembele was often considered as one of the best box-to-box midfielders in Europe. The 33-year-old midfielder is one of the multimillion-dollar properties to have moved to the Chinese Super League. While there's no denying Dembele is receiving those bulky cheques, his stardom has sure lost some spotlight if not all.

So how much is China adding to Dembele's wealth? Is leaving a top-tier competition for bigger financial stability worth it? Know all these along with some other personal details of Mousa Dembele's life in the following content.

Mousa Dembele's Net Worth; How much is his Annual Salary?

Tottenham Hotspur paid £15million to bring Mousa Dembele to White Hart Lane from Fulham in 2012. After six years, in September 2018, while still a player at Lane, Dan King of The Sun reported the Belgium International had been offered huge wages in order to tempt him to move to China. King at the time told Dembele could earn £192,000 per week. Sources were also reporting that Tottenham could receive an offer between £8million and £10million. Dembele eventually joined Guangzhou R&F in 2019 for £11million. His current market value while being in the team is €1.5million.

Despite all these figures, the analysis of his now weekly wages or his net worth is yet to reach the media. But anyone can bet Dembele is enjoying the China riches like every other footballer who has moved to the eastern super league before.

Mousa Dembele does have a girlfriend, Naomi Solange Singels. Daily Mail confirms Dembele met Solange after moving to Spurs. Back in December 2016, he wished his love on her birthday through his official Instagram handle.

However, it was four years earlier, where Dembele officially announced his relationship with Solange. "Having lunch with my lovely girlfriend," posted the Belgian footballer on December 19, 2012. 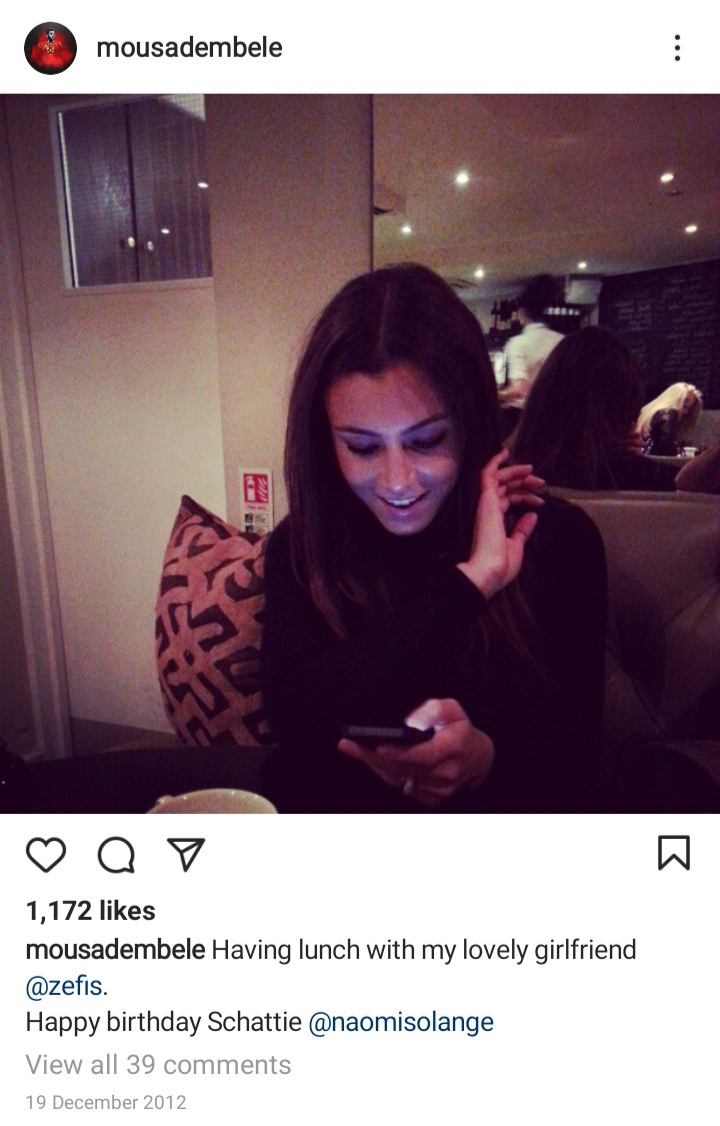 The pair was last seen in 2018 boomeranging themselves on Dembele's Instagram. The couple shares two children, Fellah and Maleec Dembele.

While Dembele doesn't seem to have any hesitation when it comes to posting about the time he spends with his woman, he is yet to give a tag to his relationship with Solange.

Recommended: Is the 28 Years Belgium National Teams' Winger Nacer Chadli Has a Girlfriend; His Affairs and Dating Rumors 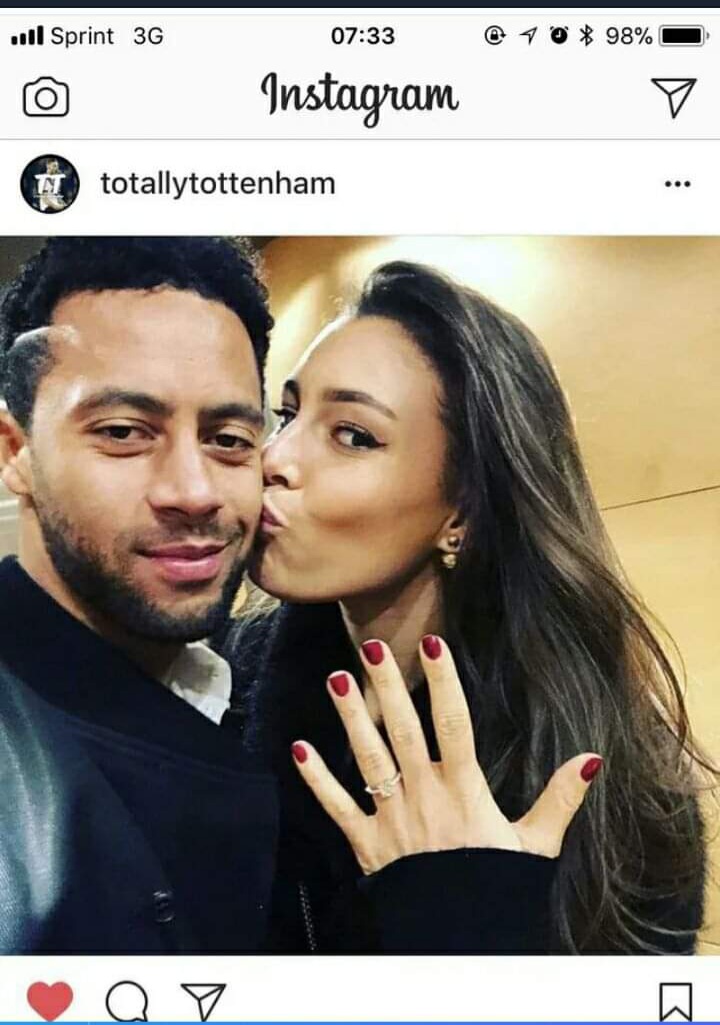 Three years earlier, a picture appeared on Reddit from totally Tottenham where Solange was showing off what then seemed to be an engagement ring while giving a peck kiss to the power midfielder. Still, the internet hasn't been able to catch the couple setting up the date or taking the vows, for that matter.

Mousa Dembele was born in Wilrijk, Antwerp, Belgium. Dembele's grandmother, Maria, who is an avid football fan suffers from paralysis by multiple sclerosis. His mother, Tilly Huygens is a Flemish-born professional painter while his father, Yaya comes from Malian ancestry. 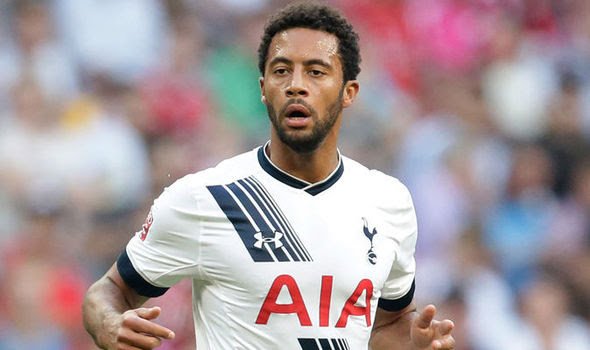 Mousa Dembele made 250 appearances for Tottenham Hotspurs in all competitions. SOURCE: Getty

Dembele began his professional journey playing for Germinal Beerschot. His debut match was against Charleroi on 24 April 2004. Dembele then moved to Willem II in 2005, Eredivisie, AZ in 2006, and Fulham in 2010.

You May Also Like: Belgium national team 2018 FIFA World Cup

After Craven Cottage, Mousa Dembele joined Spurs in August 2012 where he made 250 appearances in all competitions for them, scoring 10 goals. Dembele retired from international football on 7 March 2019, having made 82 caps for Belgium.