Hugo Lloris plays as a goalkeeper and captains both English club Tottenham Hotspur and the French national team.  The French goalkeeper has appeared in FIFA World Cup 2010, 2014, and 2018.

Despite starting his football career in the late teen the French man has successfully accumulated a huge net worth of around $30 million so far. He also earns an enormous amount of salary through his profession.

Let's go deeper into his life and find out the secrets about his earnings, salary, and net worth. Read till the very end to know all about your loved pro-soccer player's income details.

The football star, Lloris makes an enormous amount of money out of his profession. Well, he earns a total salary of $7 million annually and his net worth as of 2018 is reportedly around $30 million.

According to the recent reports of May 28, 2018, Lloris current market value is over €25 million.

The French player has recently expanded his contract with the Tottenham Hotspur till 2022. Even playing for the club since 2012, the renewed contract collects a sum of $29.4 million. The club also assembles him to pay €3500 per match even if the team loses or draws.

Hugo Lloris has endorsed a lot of products like Nike, and Gillette, from where he gets paid an excellent amount of money which further ads up to his wealth.

Besides, he has also endorsed for the Unlsport Eliminator Supergrip gloves, which also entitles him a huge amount of endorsement money.

The football star owns a very beautiful house in Hampstead, North London. He bought the house many years ago, which is now estimated to be worth over €6 million. It becomes more interesting when we came to know that most of the football players have their house in the same area of Hampstead, which adds to the value of the property. 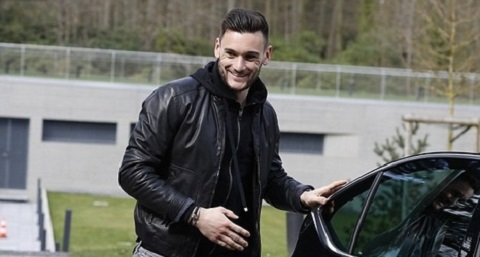 Hugo Loris is fascinated by fast cars and has bought some of the best cars in the world, which includes the Audi A5 worth to be about €25,000 and many other.