Christina Spirou Day holds the spotlight as the spouse of Ryan Day. And Ryan gained his fame as the head coach of Ohio State University's football team. Moreover, being the head coach of America's favorite sports can be lucrative. As such, Day has earned himself quite the fortune over the years. His kids and wife all lead luxurious life thanks to his income.

Although Christina found herself in the limelight because of her husband, the celebrity wife tries to live away from the media's view. And so, much about Ryan's partner stays hidden from the public. Nevertheless, we gathered info on the head coach's wife thanks to social media and other online sources.

How Rich are Christina Spirou Day and Ryan Day? Learn about their net worth

Christina Spirou Day and her husband, Ryan Day, currently lead a comfortable life. Moreover, thanks to Ryan's lucrative job, he and his wife, Christina, can afford a life in luxury. And according to online sources, Ryan's spouse owns an approximated net worth of $3 million. Similarly, Ohio State University's head football coach holds around $10 million in total assets. 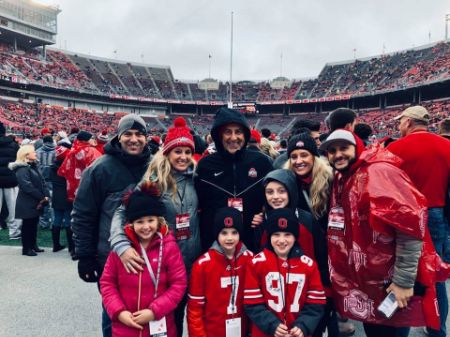 Speaking of wealth, Christina and Ryan brought home the paycheque in the past. However, since 2012, only the head coach has brought home the money. Moreover, Spirou worked at Southern New Hampshire as Adjunct Faculty. She worked in the college for around five years. Christina started her job in 2007 and left her position in 2012.

As an adjunct, Spirou earned an estimated sum of $25k annually. However, a full-time instructor/professor made over $80k per year. Christina likes to keep the details of her professional career away from the limelight. As a result, her exact pay remains unknown.

Christina's husband, Ryan, on the other hand, earned millions throughout his career. Moreover, Day's recent deal with Ohio State University makes him $6.6 million a year. Furthermore, the head coach received a three-year extension and a raise in 2020.

Ryan and his career's most significant years

Ryan's most significant years ran from 2019 to 2021. In 2019, as the head coach at Ohio State University, Day and his team bagged the Big Ten Football Championship. Moreover, his team beat Wisconsin with a score of 34-21. In 2019, Day was crowned Big Ten Coach of the Year. 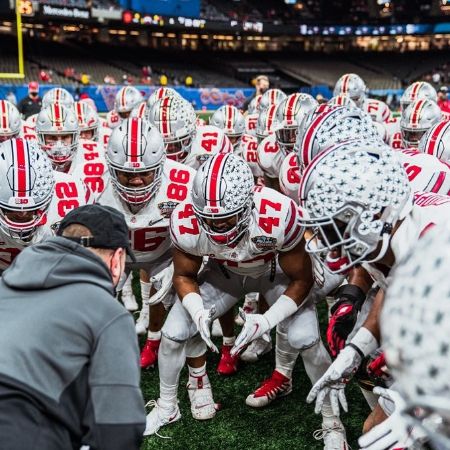 Ryan Day and his team making a game plan before their match. SOURCE: [email protected]

Due to the covid pandemic, his 2020 season ran short. Furthermore, Ryan tested positive for coronavirus and missed the game with Michigan State University. Ohio State won the game 52-12. Day's team would reach the finals of the Big Ten Football Championship. But Ohio State Buckeyes would meet their match in the Alabama Crimson Tide Football team. Crimson Tide won the game with 52-24 on the board.

But, later in said year, Ryan and his team played against the Utah Utes football team for Rose Bowl. With their defeat fresh in mind, the Buckeyes won the game against the Utes, bagging the Rose Bowl with 48-45 on the scoreboard. As of 2022, the Buckeyes have already bagged two wins in the season. A collage of Christina Spirou Day and her family. SOURCE: [email protected]

The Buckeyes head coach and his married partner grew up in the same town. Likewise, the duo pretty much grew up together. What's more, Ryan even claimed that Christina was his best friend. However, Day nor Spirou has opened up about their love life before the marriage. So, the years they spent as boyfriend and girlfriend stay hidden from the world.

Christina and Ryan exchanged their wedding vows in June 2005. Moreover, Day and his wife held their big day in an intimate ceremony. So, only the lovebirds' family and friends attended their wedding. 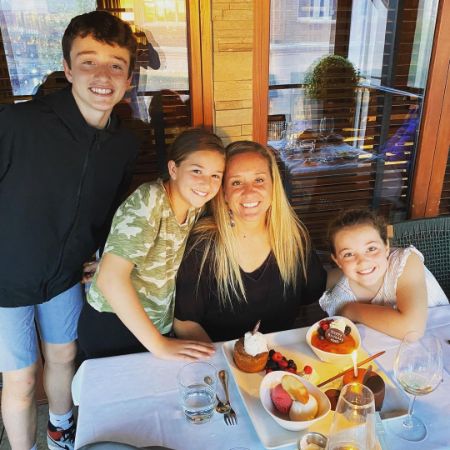 Christina Spirou Day took a picture with her children on her birthday. SOURCE: [email protected]

Spirou and her hubby welcomed three kids in their long and prosperous life. Moreover, they have two sons and a single daughter. The couple named their kids Ourania Day, Grace Day, and Ryan Day Jr.

Both Christina and Ryan keep their past relationship where it should be, in the past. As such, the head coach's ex-girlfriends stay hidden from the world. Similarly, Spirou never talked about her ex-boyfriends. Moreover, Day and Spirou remain faithful to their vows at their wedding and stay away from any affairs.