Kekana was born in Zebediela, Limpopo, South Africa, on 23 May 1985. He is a citizen of South Africa. Kekana's leading position is defensive midfield, and if needed, he also can play from Central midfield. He is an eight-time Premier Soccer League Champion and a nominee for the FIFA Puskas award.

What is Hlompho known for?

Hlompho Kekana is known for one of the most astonishing goals-against Cameron in 2016 while representing his nation South Africa. He is also known for the most outstanding results in South Africa soccer; his team thrashed Powerlines FC scoring 24 goals against them in 90 minutes game. In that game, he scored seven goals.

Kekana is from a black ethnic background, and he is a tall guy, and his height is 5 feet 9 inches (1.78 m). And his weight is 69 kgs. He likes to remain healthy and fit. His eye color is slightly black, and his hair is also black. According to astrologists, he was born to the Aquarius star sign.

How rich is Mr. Hlompho? (Net worth, Salary, and Market value)

Hlompho Kekana used to play from Mamelodi Sundowns before his retirement. He retired from the club Sundowns when his contracts ended with them. He earns a good amount of money playing football. When he was in demand in 2017, his market value was 700 Th Euro.

According to the transfer market, his current market value as a retired player is 325 Th Euro. He had an incredible 17 years of a professional football career. From Mamelodi Sundowns, he used to take South African Rand 350,000. But, now he is a retired player and does not bear any salary. But he makes a good amount of money doing advertisements for a different company based in South Africa. According to sources, his net worth is $2.5M.

Hlompho Kekana Relationship Status; Who is he Married to?

Hlompho Kekana is not a much open guy. He does not much talk about his personal and private life in media. According to the different sources, South Africa's star player is a married guy. He loves to post photos with his friends on social media. He has not yet flashed who his wife is and what profession she holds. He also has a daughter and does not have much information about his daughter. According to sources, his family had a tragedy in 2019 when his mother-in-law passed away while holding his daughter in a car.

In 2004, he started his professional football career. he first played for Alpheus, he played there for one year. Since 2005, he represented different football clubs. City Pillars, Supersport United, Black Leopards are some famous clubs he represented till 2011. 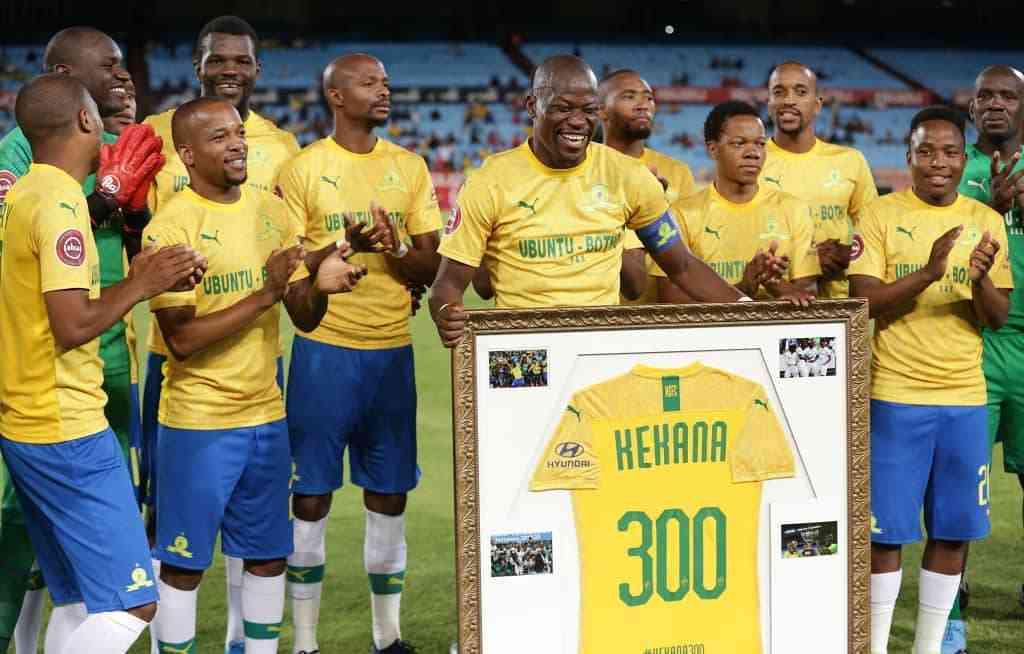 In 2011, he signed for Sundowns, for sundowns he scored 15 goals. He is a teams captain when he was in Sundowns. In his captaincy, he leads the team to the 2016 CAF Champions League wearing jersey number 8 for his team.