Before Orlando, he used to play for Bidvest Wits where he scored 23 goals in 41 appearances. Despite the amazing performances, he could not win any trophies with the club. He wears the Number 45 Jersey for his team.

Who is Pule?  His Personal Information and Family 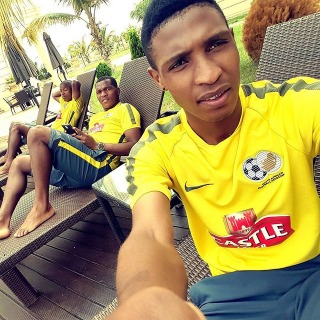 He was born to his father and mother whose name is still not revealed. He has never talked about the in the public too. So, it is hard to predict his family background.

But, his parents are originally from South Africa and his both mom and dad are of Black ethnicity.

He grew up along with his sister named Basia Michaels. He is younger than his sister. However, it is not confirmed whether they are related by blood or just relative siblings.

His sibling Basia is an executive manager of Quality Talent Sports by profession. She is also the agent of her younger brother vincent. As per Pule, his sister is his financial manager too, and has helped much in his career related to money management. Regarding this, he posted on Instagram,

"Came to see my agent and sister @b2asia of @qt_sports needed to touch base on a few things in my life.. financial guidance is such a critical aspect of life as we grow. Thanx for everything Bash"

Coming from South Africa, he grew up playing soccer in his hometown Qwa Qwa where he used to play for the local teams. He was not associated with any academy or professional clubs in his youth career.

Finally, in 2012, he got his chance to play for the African Warriors. At that time, he was 20 years old. He played there for 2 seasons before moving to Bidvest Wits in 2014.

His weight is around 65 kg and has short black hair. He is skinny in appearance and looks height despite having average height.

Pule's net worth and career earnings: House and Luxuries

Vincent Pule is one of the richest players coming from South Africa. He has been playing professional football for a decade and has been able to earn a huge amount of salary.

The net worth of the is Orlando Pirates right-winger estimated to be $700,000 approximately. His net worth includes his properties, cars, houses, and assets. Most of the earnings come from his profession of playing football in his home country. 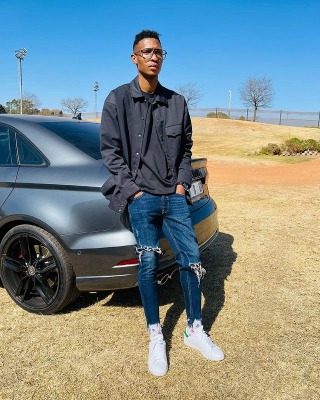 As per sources, he earns about 400,000 pounds per year from his career of playing as well as from sponsorship and partnerships.

If we explore his Instagram, we can see the lavish lifestyle of the African winger. He has been constantly sharing photos of his cars, bikes, and houses.

He currently resides in South Africa where he owns a house.

Is Vincent Pule dating or married? His relationship status and dating life

The former African Warriors' Number 45, Vincent is currently living a happy love life with his wife Mrs. Pule. The couple has been dating for more than 4 years as of 2022.

The couple previously started dating in 2017. Vincent revealed his love life with his partner for the first time in August of 2017. In the photo, the lovers were in their arms enjoying the moment. Since then, they have been living together. 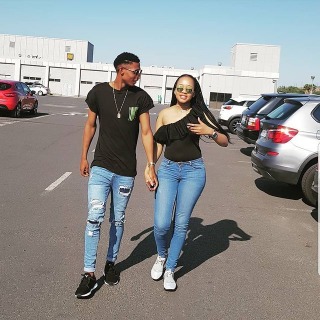 It is not sure whether they have already married or still dating but one thing is for sure. They have already dedicated themselves to starting a family giving birth to a son.

Who is Vincent Pule's wife?

Vincent Pule's Wife, Mrs. Pule whose original name is still a mystery is best known for becoming the wife of the Orland Pirates Number 45.

She celebrates her birthday every year on March 27. And Mr. Pule always wishes his girlfriend on her special day. On her birthday in 2018, Vincent posted a beautiful message expressing his love. He said,

"You are everything a man could ask for. Therefore, I will try to return all the happiness that you brought into my life back to you. Even at my lowest point, you always have a way of making things okay. With you in my life, the future looks full of victory. Happy birthday my love."

She has been with her boyfriend and supporting him through the thicks and thins. She has no Insta Id, but she is seen frequently with her lover frequently.

Vincent: Father of a Child

Vincent and his partner are blessed with a child Vincent Pule Jr. He was born on December 27, 2018. His dad frequently posts his pictures on his Instagram.

His Twitter id is @vincepule45 where he has more than 41 followers.

He is much active on Instagram and his Ig id is @pule.45. He regularly shares his lifestyle and games with his more than 182,000 followers.