Hiroto Kyoguchi was born on November 27, 1992, in Izumi, Osaka, Japan. He is among the three children born to his parents. He has a brother, Ryuto Kyoguchi, who is also a boxer and an older sister. After graduating from High School, Hiroto enrolled at Osaka University of Commerce. Kyoguchi stands five feet and four inches tall and weighs 49 kgs.

How Rich is Hiroto Kyoguchi? Know About His Earning's, Net Worth, and Sponsors

Hiroto Kyoguchi has an estimated net worth of $1 Million. He has been fighting in the boxing ring for more than a decade and has been earning paycheck close to six-figures. In 2017, the Japanese boxer earned $10,000 for his title match against Armando de la Cruz. Shortly, he earned $10,000 for his bout against Jonathan Refugio. 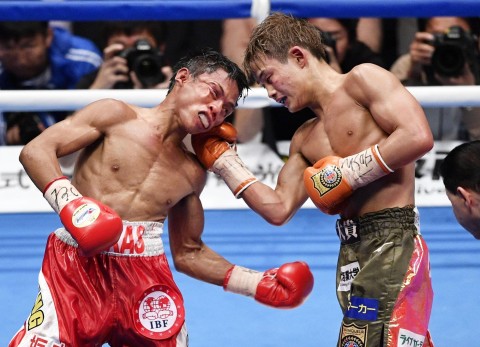 At the end of 2017, Kyoguchi took home $25,000 for his match against Jose Argumedo. In 2018, his earning crossed $100,000 after he received 40% of the match PPV Share against Hekkie Budler. Hiroto made $150,000 from his match against Satanmuanglek CP Freshmart. In 2020, he was set to face Thanongsak Simsri and would receive $200,000 as his guareented prize money, but the fight was canceled after he tested positive for COVID.

Hiroto is an active social media user. He keeps posting photos in his timelines regularly. Following his posts, it seems like The Japanese boxer is single as of early 2021. However, he could secretly be dating someone and waiting for the right time to open about his relationship status with the public. Kyoguchi is very much early in his career. He must be focusing on his career.

Kyoguchi started training for boxing from a very early age. He rose to fame only after his professional career so, information about his early life is under the radar. Hiroto made his professional debut in 2016 against Narathip Sungsut. He won the match via a KO in 2nd round. The boxer won his first five matches via KO.

In 2018, Hiroto fought against Hekkie Budler for the WBA and The Ring light flyweight titles. He won the match in the 10th round via a TKO. Kyoguchi played his last game in 2019 and defended his title. On March 13, 2021, He is set to defend his titles against Axel Argon Vegas on March 13.