"She said she was dying to live, not living to die throughout her entire ordeal with her cancer. She’s my hero.” said professional golfer, Tom Watson. It's been years since Hilary Watson took her last breath but is still alive in Tom's memory. Hilary is the late wife of the World Golf Hall of Famer and an eight-time major champion, Tom Watson.

Fort Victoria, Rhodesia native, Hilary Watson was born on 19th June 1956, under the star sign Gemini. A horse rider and former PR officer, she came to the limelight after marrying Tom Watson.

In 1986, Hilary married Denis Watson, a professional golfer from Zimbabwe. The duo relocated to the United States while playing on the PGA Tour. He has won three PGA tour along with 2 Sunshine tours, 4 PGA Tour Champions, and 1 European Senior Tour.

Hilary and Denis lived in North Carolina, where she gave birth to son Kyle and daughter Paige. Later the family moved to Orlando, where son Ross was born. 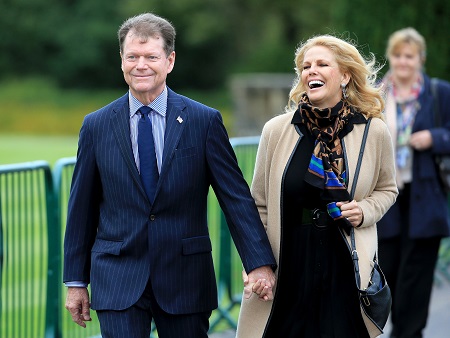 By then, Hilary and Denis had divorced, as had Tom Watson and his first wife, Linda. However, the reason behind the divorce was never releveled but it is suspected to be Hilary and Tom's new affair.

In 1999, Hilary tied the knot with Tom Watson. The couple raised Hilary's children along with two stepchildren, Meg Carr and Michael Watson on their farm outside of Kansas City.

Hilary was born to Charles and Agnes Holton. Her love of horses grew throughout her childhood as she rode for pleasure and in show competitions. She excelled in all sports and qualified in three events in long jump, high jump, and hurdles to represent the Rhodesian Olympic team but did not get to compete in the Montreal Olympics when the country was banned by the IOC because of apartheid.

Later she was introduced to cutting horses and the National Cutting Horse Association. At the time, her daughter, Paige, competed in Kansas high school rodeo, while Hilary pursued local and regional events. 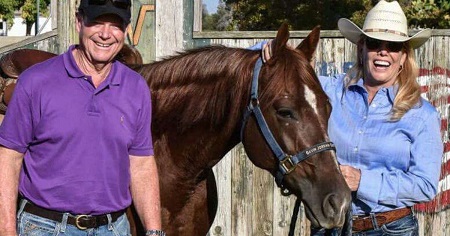 In 2004, she helped to put back cutting in Kansas City’s annual American Royal Horse and Livestock Show. She went on to improve her results and became a highly successful competitor. She won numerous buckles and nearly $400,000 in the sport. Her passion for cutting ultimately led her husband, Tom to give it a try.

Died At The Age Of 66; What is the Cause of Hilary's Death?

In October 2017, Hilary was first diagnosed following her abdomen pain in her abdomen. According to the source, Watsons had been shopping for socks when the couple was told the news of her diagnosis. Tom cut his tour schedule and started to deal with the disease with her wife. Intially, Hilary underwent chemotherapy and radiation treatment, and then surgery in May 2018 to remove a tumor at the Mayo Clinic. After six hours of surgery, she was declared cancer-free.

Nevertheless, the cancer was back and the duo was on their way to Houston to the MD Anderson Cancer Care Center to start a new round of treatments. There was still hope that all the treatment might pay off but she could not make it for the second time. In the hours after her death on 28th November 2019, Tom said it best: She leaves a massive void in his life.