Thomas Sturges Watson is an American Professional Golfer. He attended his collegiate year at Standard University. After turning professional in the year 1971, he has won 8 Major Championship and has ranked number one according to Mc Cormack's World Golf Rankings from 1978 until 1982. In 1983 and 1984, ranking second behind Seve Ballesteros. And also was ranked in the top 10 of the successor Sony Rankings for 32 weeks in their debut in 1986.

Thomas was born on 4 September 1949 under the star sign Virgo. He is a native of Kansas City, Missouri. He currently resides in Bucyrus, Kansas.

Career Earnings: How much did he earn from golf?

The 79 Kg has earned his net worth from his professional career as a full-time golfer. His net worth also includes sponsorship and endorsement deals from various companies. The reported net worth of the professional golfer is $50 million.

His career earnings according to the reports from PGA TOUR is a whopping $26,133,617 million dollar. He was the PGA TOUR Leading Money winner for four consecutive years in 1977-1980 and again in 1984. 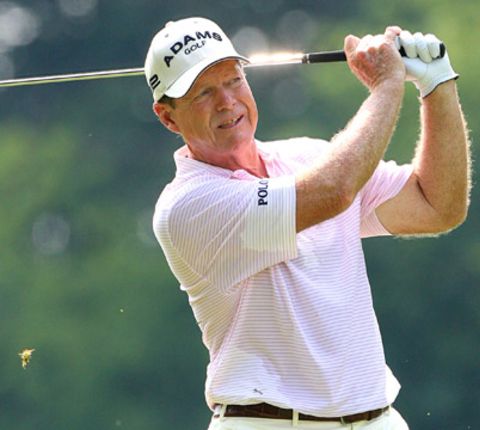 Throughout his professional career, he would have surely received sponsorship and endorsement deals that add value to his net worth. However, he hasn't shared any information regarding his sponsors in any media.

In addition to his professional career, he also designs golf courses. He is a member of the American Society of Golf Course Architects and has designed courses through his company in Johnson County, Kansas. As an architect, he would receive 8-12% of the construction cost in his profession.

Tom was married to Linda Rubin from 1972 until their marriage ended in 1997. They were married for 15 years and had three children from their marriage life. They are Kyle Watson, Paige Watson, and Ross Watson.

After two years of divorce, Tom married Hilary Watson. They had two children from their marriage. They were Michael Watson and Meg Watson.

However, after 18 years of marriage life, Hilary was diagnosed with cancer on October 2017 which was revealed by a CT scan. Even after going through alot of pain in radiation and Chemo, she still fought for survival. 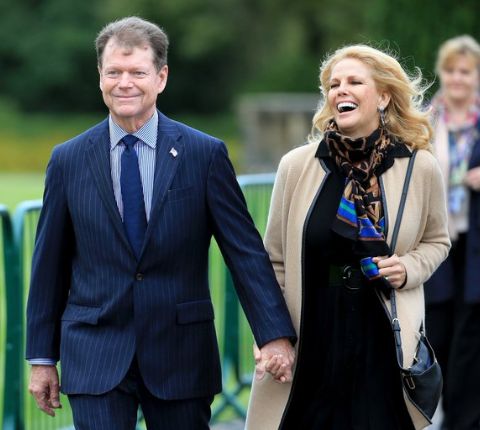 “The void she leaves will be filled by memories which will always remain as they leave indelible marks on our souls which we will never forget. She said she was dying to live, not living to die throughout her entire ordeal with her cancer. She’s my hero.” said Tom.

She died on Wednesday after a battle with pancreatic cancer on November 2019. The news of her death was shared by golf organizations including the PGA Championship Tour, USGA and many more.

After a career span of 26 years. he led the second and third round of The Open Championship in 2009 but unfortunately lost in a four-hole playoff against Steward Cink.

He outplayed Jack Nicklaus several times in his career and replacing him as the number 1 rank. Most notably in the 1977 Masters, 1977 Open Championship and the 1982 U.S. Open. Through their friendly rivalry, golf entertainment grew even popular during the time.

The 5' 9'' tall has eight Major titles in his career which include five major Championship, two Masters' titles, and one U.S Open title. The only title that he failed to achieve during his career is the PGA Championship which would put him on the elite group of golfing "career grand slam" winner that included Gene Sarazen, Ben Hogan, Gary Player, Jack Nicklaus, and Tiger Woods.

Watson has also played on four of the Ryder Cup teams and has even captioned the American side to victory in 1993 at the Belfry in England. Twenty years later even captioned the U.S Team in 2014 in Scotland which unfortunately they lost.