Some people come to the limelight after years of hard work, but some come after their marriage. Heather Neel is a player wife better known as the wife of an American football quarterback for the Las Vegas Raiders of the National Football League, Derek Dallas Carr.

Heather celebrates her birthday on January 3. She was born in 1989 in Northern California. She seems to be the only child born to Bryan Neel and his wife, Vicki Neel. She has become successful in keeping her family away from the spotlight. After graduating from Fresno Christian High School, Heather enrolled at Fresno State University.

Before meeting with Derek, Neel lived a simple and happy life on her own. She worked as a waitress at a restaurant named BJ Brewhouse. It was the same place where she met her future husband, Derek. In an Interview, Heather revealed that she met Derek whilst she was on a work shift, he asked her why she was wearing one earring, and that is how these two started talking to each other. 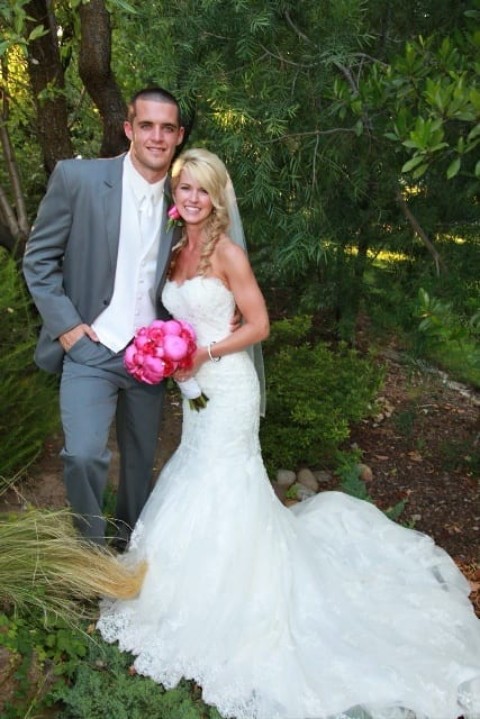 The wedding photo of Heather and Derek SOURCE: Cheat Sheet

Ever since there is no looking back in time. Like other famous relationships, This relationship also had many ups and downs in their private life. They first met each other in 2009. Carr was very much early in his career. He liked partying till late at night and remained out of the family most of the time. Heather did not like the habit and asked him to stop the habit.

Slowly and gradually, Derek stopped attending late-night parties and started to become a family man. The duo walked down the wedding aisle on June 29, 2012, at a California private wedding ceremony. They had invited only a few numbers of guests and some close friends to their wedding.

Mother of Three Children: Who Is His Wife

It is a fact that Heather and Derek are the proud parents of three beautiful children. Soon after their wedding, The love birds welcomed their first child, a son, Dallas Carr, in August 2013. In 2016, The family of three were blessed with another child, Deker Luke Carr. 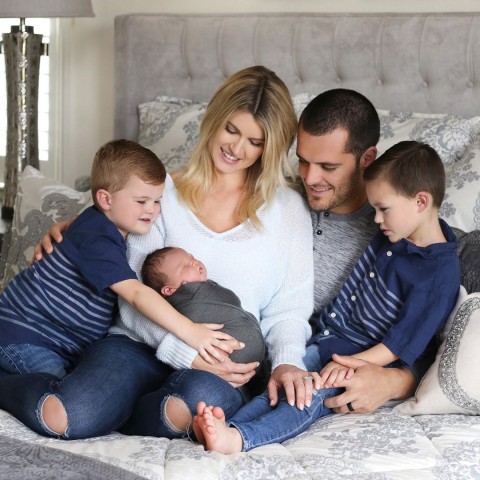 Heather Neel with her husband and children SOURCE: Instagram @ Heathercarr4

In early 2019, Derek and Heather opened about expecting another baby shortly. In May 2019, The pair had their third child, a son, Deakon Derek Carr. The family of five is living a happy and blissful life. Derek keeps traveling for his matches; Heather remains at home looking after their children. 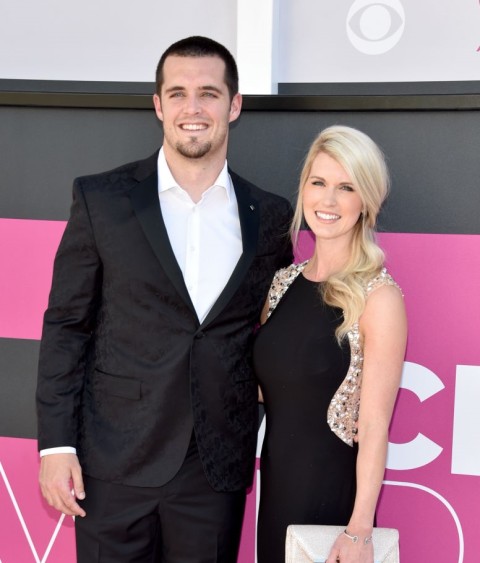 Heather and her husband attending an event SOURCE: Getty Images

Heather's husband, Derek Carr, has an estimated net worth of more than $20 Million. Carr is the highest-paid Las Vegas Raiders player based on the cap hit. In May 2014, he signed a four-year $5.371 million contract with the Raiders. Then in 2017, Derek signed a five-year $125 million contract extension with the Oakland Raiders. Derek and his family live in a $3.6 Million Mansion bought back in 2019.