A Moroccan soccer footballer, Hamza Mendyl currently plays as a defender for Morocco national team and a French football club, Lille. He previously played for Academie Mohammed Vi from 2010 to 2016. Hamza Mendyl has also represented Morocco’s under-19 and u-20 team previously. He was a member of the national team for the 2018 World Cup in Russia.

Hamza Mendyl recently got married to his girlfriend Marwa Ouhaly in December 2018. He reportedly earns about $300,000 and has an estimated net worth of about $1 million in 2018.

Hamza Mendyl was born on October 21st, 1997 in Casablanca, Morocco. Reviewing his nationality, Mendyl is Ivorian and Moroccan.

He was born to an Ivorian father and a Moroccan mother and grew up with his brother. His parents live in Paris.

Hamza Mendyl Salary and Net Worth

The 20-year footballer, Mendyl has achieved a lot in his career at a young age. His net worth of 2018 is still under review but is assumed to be about $1 million.

Mendyl began his career as a defender with Academie Mohammed VI. He played around five years with the club. He was transferred to Lille II on 1st January 2016. So far, he has scored 1 goal in 25 appearances.

Hamza Mendyl made his international debut with the U17 team of Morocco with whom he played 2 matches. similarly, he played 6 matches for U-20 scoring 1 goal.

Mendyl earned his senior cap with the coach Herve Renard in a 2-0 win over Sao Tome and Principe in the 2017 Africa Cup of Nations and was even chosen the man of the match by the supporters.

Mendyl has represented his national team at an International friendly, Africa Cup of Nations and World Cup qualification. He was also included into the 23-man squad of for the FIFA World Cup 2018 along with other players like Romain Saiss, Nabil Dirar, and Munir Mohamedi.

The rising star has rarely provided any piece of information about his personal life. According to some source, Mendyl recently got married to a model Marwa Ouhaly on December 22, 2018. 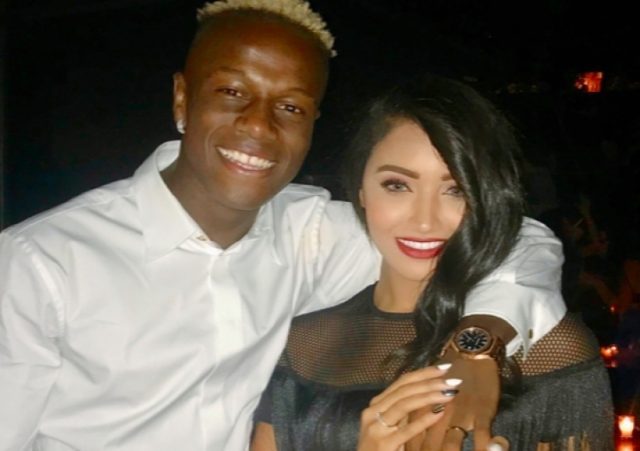 Mendyl proposed his girlfriend in July and announced his engagement with the model through his Instagram post.