Glenn Consor is an American-born Israeli prominent sportscaster currently working for National Basketball Association (NBA) and NCAA basketball. He was an NBA scout which led to land on a broadcasting career. A former basketball player, Consor played professionally for Maccabi Haifa in the Israeli Premier Basketball League.

Queens, New York native, Consor is believed to be in his sixties. Grew up in Flushing in Queens, Consor is Jewish. Further, he holds a dual nationality: American-Israeli.

Glenn Consor enrolled at Bayside High School, where he played basketball for the high school team.

Further, he received a scholarship to Boston University, being on the Dean's List. A starting point guard for coach Rick Pitino at Boston University, Consor averaged 10.6 points, 4.3 assists, and 2.2 rebounds per game during his senior season (1979-80). 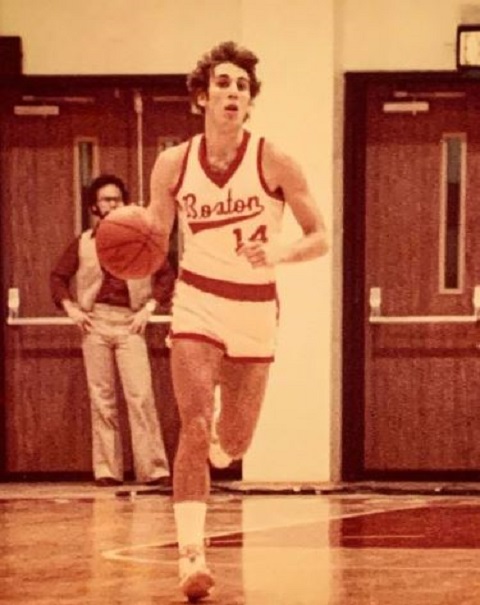 After his collegiate career, Consor played professionally for Maccabi Haifa in the Israeli Premier Basketball League in Israel from 1980 to 1982.

Glenn Consor has earned over two decades of experience in the broadcast industry. He has already worked 22 years with the Washington Wizards organization in radio and television roles. At the time, he served for NBA-TV, Comcast SportsNet, ESPN Regional, and Westwood One.

Also, he spent seven years as a scout for Wizards as well as the Indiana Pacers.

Consor was inducted into the JCC of Greater Washington’s Sports Hall of Fame in 2000.

In 2022, Consor hit the national headline following the Wizards' loss to the Houston Rockets when he commented on Kevin Porter Jr.'s three-point shot as time ran out.

What he said was, "You’ve got to give credit. Kevin Porter Jr., like his dad, pulled that trigger right at the right time.” As reported, Porter's dad was charged with the 1993 shooting death of a 14-year-old girl.

Without any delay, Consor apologized for the comment and state he mistakenly thought Kevin Porter Jr. was the son of former Washington player Kevin Porter.

Glenn Consor is a married man. He tied the knot with Mara Consor. But unfortunately, we don't have much information about Mara. Actually, she never came to the spotlight though she have a very good opportunity to live in fame she chose it low key. Similarly, their two sons: Kenny and Jonny are away from the spotlight. Reportedly, the family resides in Rockville, Maryland.

Aforementioned, it's been over two decades that Glenn Consor is in the broadcast industry. An (NBA) and NCAA basketball analyst and studio host, his annual income is believed to be no less than the six-digit figure.

Besides, Consor is widely recognized for his extensive charitable work in the greater DC area on behalf of cancer research, and a variety of initiatives to house and feed the poor. He works with Men Against Breast Cancer and the Washington Animal Rescue League.