Giovani Dos Santos is a professional football player of Mexico. He is a versatile forward player that plays as a winger, secondary striker and attacking midfielder.

Dos  Santos who started his career at a young age is also a member of the national team of Mexico. He is going to represent himself as a midfielder in FIFA World Cup 2018 which is going to be held in Russia.

Giovani Do Santos was born to Geraldo Francisco dos Santos and Liliana Ramírez on May 11, 1989, in Monterrey, Mexico. His father Geraldo is a Brazilian former footballer and has played for several Mexican clubs.

His mother Liliana is a Mexican. 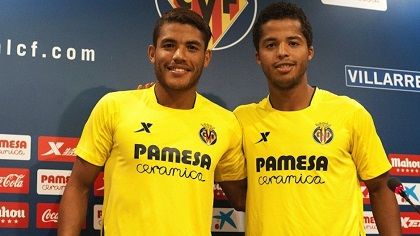 He has two brothers named Jonathan dos Santos and Éder dos Santos. His elder brother Eder is a former footballer who retired in 2009 while his younger brother Jonathan is also in the 23 man squad for the 2018 World Club and plays with him in LA Galaxy.

Giovani's football career started at very young age with Spanish club "Barcelona" where he played for B-team until the age of 18. Later in 2007, his senior career began with Barcelona. The same year he was listed among "Top 50 Most Exciting Teen Footballers" by World Soccer Magazine. 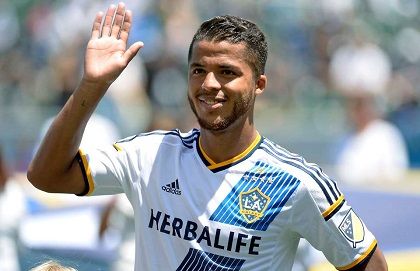 After playing one season for Barcelona he was transferred to Premier League club "Tottenham Hotspur"  in 2008. According to the contract, the deal was to stay with the club till 2011. After some time, he was again loaned to Ipswich Town, Galatasaray and Racing de Santander for further progression.

Later on, in 2012 he was transferred to Villarreal.

Giovani started playing football with the local team "Monterrey" at very young age. He was tagged as the new "Ronaldinho" by the club's scout after they saw his skills in the play.

In 2002, Giovani joined Barcelona youth structure "La Masia". He made his way into Barcelona's B-team in 2006. Residing in the team he scored 6 outstanding goals and made 27 appearances altogether which was appreciated by all. On July 29,2006, he made his debut in Barcelona's pre-season where he scored an eye-catching goal against AGF Aarhus. 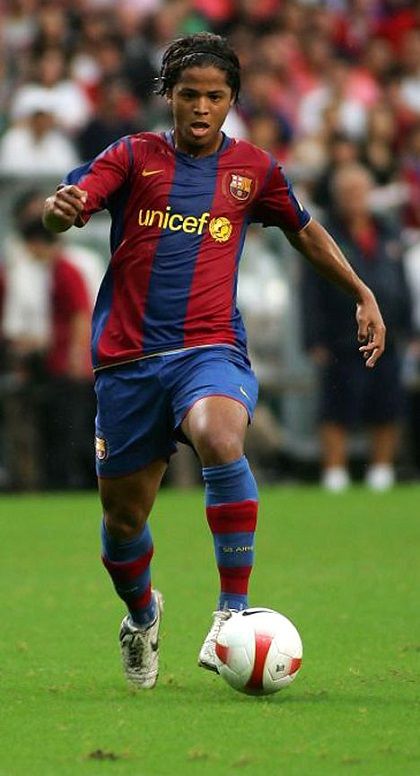 In 2007 he was promoted to the main team of Barcelona.  He was officially announced as a first team player for Barcelona in 2007-2008.  Following year he received citizenship of Spain which made him a citizen of both Mexico and Spain. On 20 September 2007, he made his debut in UEFA Champions League which ended up with a win of 3-0 against Lyon.

On 18 June 2008, Giovani was transferred to Tottenham from Barcelona for a fee of $11 million. In Tottenham, Giovani spent his most of the time in playing for reserve teams. Later in 2008-2009, he was loaned to Ipswich. He made up 8 appearances and scored 4 goals in 6 games from the champion side of Ipswich altogether during his stay at Ipswich.

Later on, he was loaned to Galatasaray and Racing Santander for different leagues.

On 31st August 2012, Giovani signed a four-year contract with Mallorca. He made his debut on 22 October playing against Sevilla which ended up with 3-2.  He made 32 appearances altogether and scored six goals during his stay at Mallorca.

On 9th July 2013, Giovani was transferred to Villarreal where he completed 2013-14 season of the play by scoring 11 goals.

Giovani signed a contract with Major League soccer club "LA Galaxy" with the amount of $7 million in 15th July 2015. On 6th August he made his debut in a CONCACAF Champion League against Seattle Sounders FC which ended up with the win of 3-1. Later on, he competed for 2016 and 2017 MLS All-Star Game.

Giovani international career started with the participation in U12 Danone Nations Cup. In the same competition, he won "Golden Boot" award for top goalscorer.

During the 2005 U17 World Championship Giovani won Adidas Silver Ball being second best player of the tournament. Later on, he participated in 2007 FIFA U-20 World Cup where he was awarded Adidas Bronze Ball for his outstanding play on the entire game.

He has represented himself in 2009 CONCACAF Gold Cup, 2010 FIFA World Cup qualification and 2011 CONCACAF Gold Cup from Mexico. He was called up to participate in World  Cup 2014 by Miguel Herrera where he played as an opener against Cameroon in the game.

Dos Santos was engaged to Marta Carriedo. He proposed his girlfriend Marta on a vacation in Mauritius in mid-2017. However, the couple put an end to their relationship some months later in August 2017. the couple dated for about a year.

Prior, Dos Santos was also engaged to Alexia Imaz back in August 2013. The couple had started to date each other in the starting of 2013 and dated for only seven months.

He was also in a relationship with Belinda. They dated from Jun 2009 to May 2010 for 11 months. The former couple was involved in a Twitter fight even after some years of their relationship end.

He tends to keep his relationship secret ever since controversies attacked him after he and his ex-girlfriend Belinda's sex tape got revealed.

The Mexican striker who has made his career in football from two decades has the net worth of $10 million. He is one of the highest paid players with the base salary of $4,250,000 and is expected to make the annual earnings of $6,000,000 only behind some players like Carlos Vela, Bastian Schweinsteiger, Michael Bradley etc.

He owns a house in Beverly Hills bought for $3,495,000. The two-story house is a newly built one with kitchen, hall, bedroom and 3 guest rooms.

Dos Santos has an endorsement deal with Adidas.