Vela has been representing Mexico since 2007 but refused to play during the London Olympics, 2014 WC qualifier and World Cup citing the personal reason. He made his return after 3 years in 2015 and also played at the FIFA World Cup 2018.

A Mexican striker is a married man and reportedly, he exchanged his marital vows with his long term girlfriend changed wife, Saioa Cañibano on April 17, 2018. His partner, Saioa is a Spanish and works in a local media. Furthermore, the duo is blessed with a son named Romeo, whom they have welcomed in the year 2016. 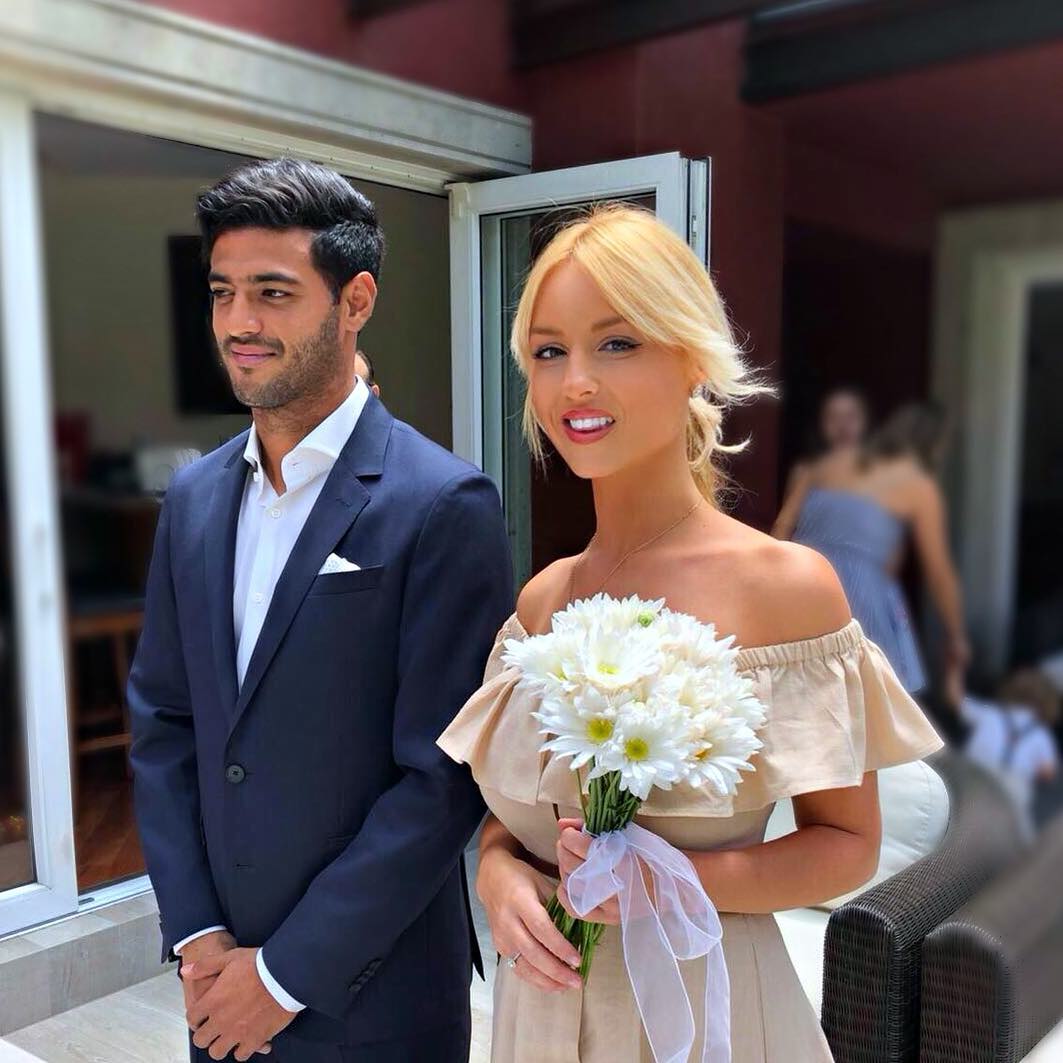 Earlier he was linked in an affair with famous Mexican actress Altair Jarabo in 2010 and was shortly linked with another Instagram model Shanik Aspe but none of his relationships lasted. As of now, there is no news and rumors related to extra-affair, conflict, and break up. Thus, Vela is living a blissful life with his son and girlfriend.

As of 2019, Carlos reportedly has an estimated net worth of around $19 million.He signed up the British club Arsenal in 2012 and received a salary of around £2.6 million yearly.

Further, Vela has a Current market value of around £7.65 which shows a significant decrease, as his player's value in 2013 was reportedly around £18.00 million. Vele is currently managed by Gestifute. 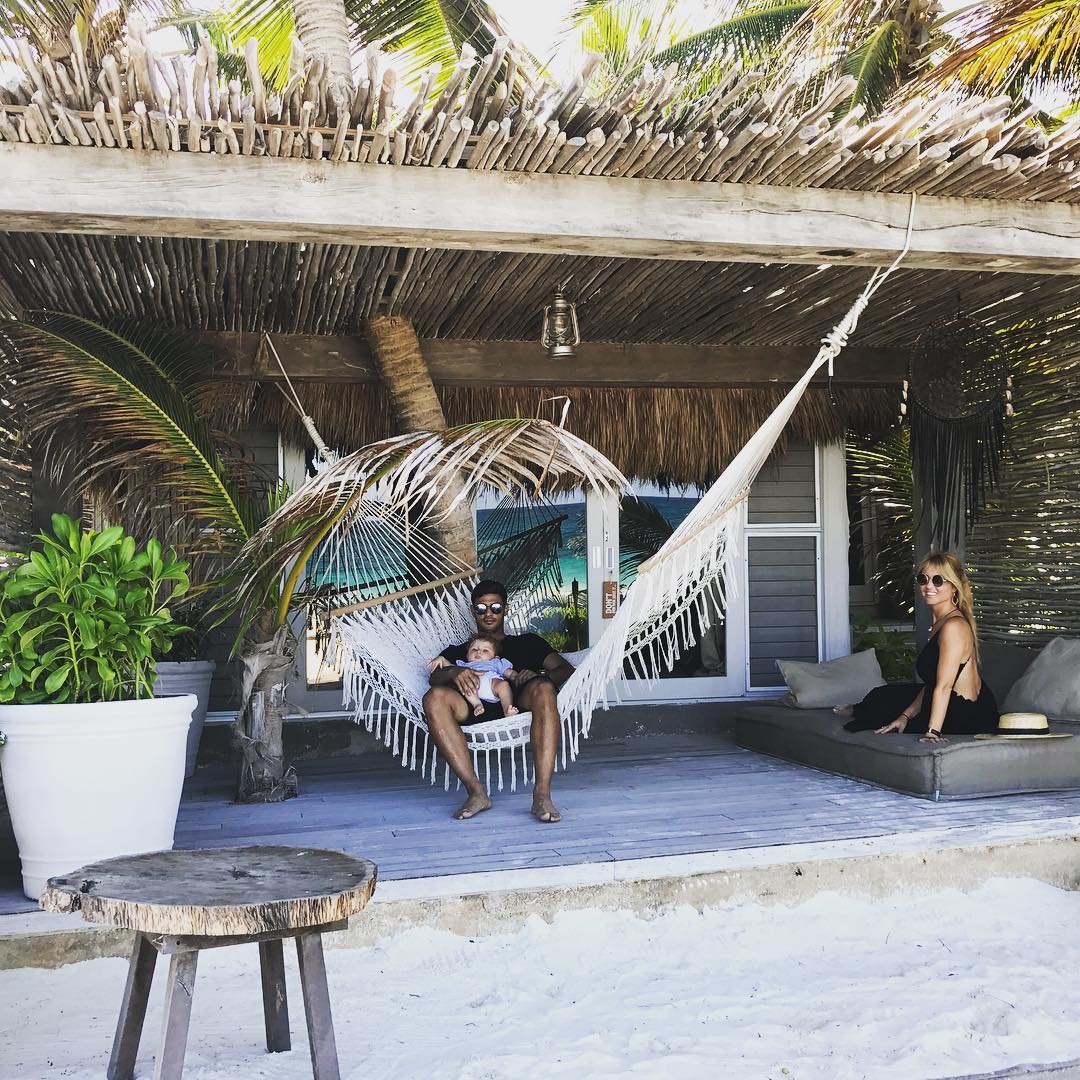 Born on 1st of March 1989, Carlos Vela is currently 29 years old. Vela was born in Cancun, Quintana Roo, Mexico to Enrique Vela and Nella Garrido. He is a Mexican national and holds a mixed caucasian-American-Indian ethnicity.

He also has siblings brother Alejandra Vela, one of the prominent players for Mexico who plays for Venados of the Ascenso MX on loan from Cruz Azul.

Vela showed an interest in football from a very early age, and followed his brother's footsteps making way to the nationals and finally representing Mexico, just like his brother-mentor.

He was not only a good soccer player but he also delivered his skills in the game of basketball. Eventually, at the age of 12, he made his choice by choosing football over basketball. He had started his youth career by playing with Guadalajara.

Carlos Vela started his senior career with famous English club Arsenal, playing from 2005 to 2012 and scoring 3 goals in 29 matches. After his career with Arsenal, he was sent off to Salamanca on loan.

Vela with his 31 game appearances for Salamanca, netted eight goals 8 in the 2007-2008 season. Later he was again loaned to Osasuna and was further sent to West Bromwich Albion from 2008 to 2011.

Currently, after his contract with Sociedad expired, Vale is with the Los Angeles FC since 2018 and has already appeared in 12 games netting 7 goals for his new squad.

He took part in Mexico’s CONCACAF Gold Cup in 2009 and later made his appearance in the 2010 FIFA World Cup in South Africa. Further, he was picked in Mexico's 23 men's squad for Russia world cup 2018. Apart from being a Mexican national by birth, Carlos also has a Spanish passport.

He was listed in Mexican national squad for the World Cup 2018, along with Jesus Corona, Carlos Salcido, and Jonathan dos Santos. He scored a goal in a penalty kick in 2-1 win over South Korea.

Carlos is one of the most bankable players in the Mexican squad and is known for his ability to change the pace of the game in moments. One of the most creative strikers Vela processes a unique playing style and has a high ability to pass and to shoot from a range.