The 2011 4 Nations Cup Most Valuable Player and WCHA Goalie of the Year, Vetter was born on December 19, 1985, in Cottage Grove, Wisconsin, U.S. She completed her high school from Monona Grove where she won three state girls' soccer championships.

What does Jessie Vetter do for Living?

The former ice hockey forward has earned a decent amount of wealth and fame, having been inducted into the  UW Athletic Hall of Fame in 2019. Her estimated net worth is assumed to be $1 million as of 2020.

After her retirement, she initiated her career in the corporate world and is currently the Independent Sales Representative at Kollege Town since 2015. With her new career, she might be making thousands of dollars to support her living. 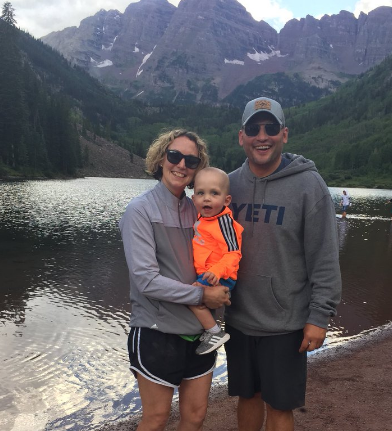 Jessie Enjoying Her Vacation With Her Family SOURCE: [email protected]

While she was a player, she used to earn $15,000 to 25,000 per season from the team. In addition to the salary, she earned an additional amount of money from the jersey sales- 15% of the profit generated from the sale of jerseys.

She also represented her nation in the Olympic games and used to earn between $35,000 to $40,000. Similarly, players like Alex Rigs, Kacey Bellamy, Megan Keller also used to draw in the same range.

The retired Ice Hockey Player is married to her husband Scott McConnell and lives in Madison, Wisconsin Area. The couple tied the knot on May 21, 2016, in Cottage Grove. Jassie and Scott started to date each other since 2010, where Jessie was the team member of Vancouver with whom she has won Silver Medal.

Her husband Scott is a former Denver Hockey player who currently serves as a defensive coach. 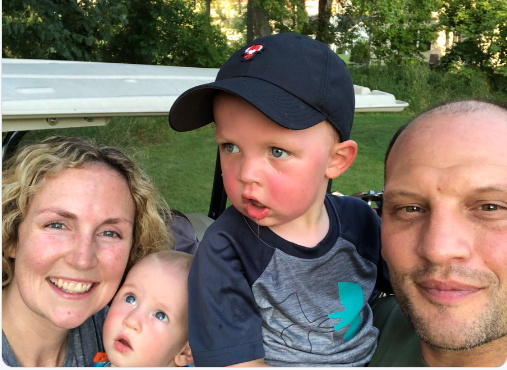 Jessica Vetter With Her Husband Scott McConnell And Their Kids Brady and Jordan SOURCE: [email protected]

The love birds are the parents of two sons, Brady McConnell, who is two years old and Jordan McConnell, born on May of  2019. Nowadays, the McConnell family resides in Cottage Grove.

Who is Scott McConnell?

Scott is the son of Sandy McConnell, who is the older sister of a reputed figure of NHL. Mark Johnson. His grandfather Bob Johnson is a famous American college, international, and professional ice hockey coach. 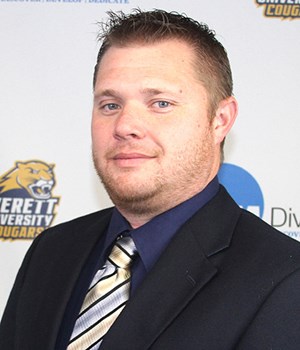 Scott played hockey from 2000-2004 at the University of Denver. He was part of the championship team in 2004. Scott also played in the NAHL, USHL and appeared in three junior hockey seasons.

After retirement, Jessie's husband served as Associate Head Coach of the Bay City Bombers at the WSHL, and he has also served as a coach for the 2004 WSHL All-Star Game, and Assistant Head Coach for the Billings Bulls of the NAHL.

After retirement, she became the Director of Hockey at the Athletic Republic Elite Personal Traning during 2010. Currently, She is the Independent Sales Representative at Kollege Town, and before that, she was the Ambassador at American Family Insurance.