Gaston Pereiro is a rising Uruguayan professonal football player. He is currently playing at the Italian football league, Seria A for Seria A. Gaston turned professional in 2013 with Nacional in the Uruguayan football league. Pereiro plays as an attacking midfielder for this club and country.

Gaston Pereiro was born Gaston Rodgrigo Pereiro Lopez on June 11, 1995, in Montevideo, Uruguay. He did not come from a reputed family and shared much about his early life and parents. Talking about his physical appearance, Gaston stands six feet two inches tall and weighs 80 kg.

Gaston Pereiro has an estimated net worth of more than $3 Million. A football player has multiple sources of income, including sponsorship and advertising deals. Pereiro is very early in his career and will be making millions in the future. Pereiro receives an annual salary of £1,872,000 while playing with Caglairo in 2022. He has a weekly wage of £36,000. 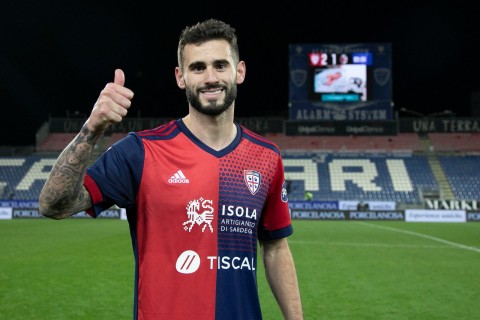 Gaston plays with Cagliari in the Serie A SOURCE: [email protected]o

Who is Gaston Pereiro Dating? Know About His Girlfriend and Relationship 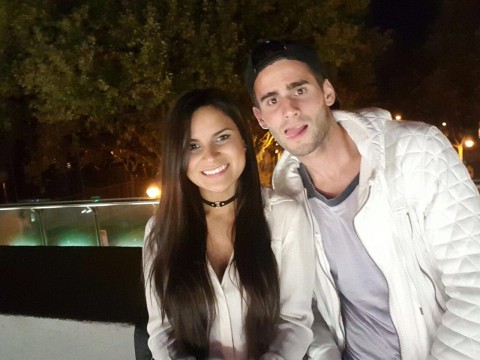 Gaston shares a photo with his girlfriend SOURCE: [email protected]

Gaston started his early days with Racing Club Montevideo in his hometown. He later joined Nacional in 2008 and represented the club in numerous divisions. The player gave a trial with English club Liverpool but was not selected. Pereiro moved back to Nacional and made his professional debut in 2014 against Oriente Petrolero in Copa Libertadores.

Gaston signed a significant contract with Nacional in 2013 and played with the club until 2015. He appeared in thirty-nine games and scored eleven games. After spending a good time with the club, Pereiro moved to Netherland and joined PSV Eindhoven. The player signed a five-year contract for an undisclosed transfer fee. In October 2015, Pereiro made his first start for PSV Eindhoven, scoring a 2–1 victory against arch-rival Ajax.

Gaston spent his five seasons with the club, appeared in 118 games, and scored forty-four goals. He became a vital member of the club. After his contract expired in late 2019, The player did not extend and moved to Italy and joined Cagliari. In January 2020, Pereiro signed a 4.5-year contract.