Mauro Arambarri is a rising Uruguayan professiontal football player. He is currently playing in the Spanish football league La Liga with Getafe FC. Mauro turned professional in 2013 with Defensor Sporting at the Uruguayan football league. Arambarri plays as a Midfielder for his club and country.

Mauro Arambarri was born on Mauro Wilney Arambarri Rosa on September 20, 1995, in Salto, Uruguary. He did not come from a reputed family and shared much about his early life and parents. Arambarri stands five feet and nine inches tall and weighs 70 kg.

Mauro Arambarri has an estimated ne worth of more than $2 Million. He credits most of his net worth to his football career. As per sources, Mauro has an annual salary of more than £988,000 while playing with Getafe in La Liga. The player receives a weekly wage of £19,000. Vitolo and Carles Alena are the highest-paid players currently playing with the club. 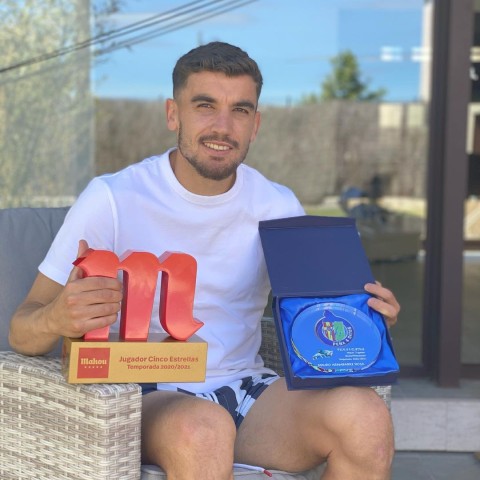 Mauro is an active social media user. He keeps sharing his personal life information on his Instagram timeline. Following his posts, we can be sure that Arambarri is dating his longtime girlfriend, Cynthia Mazzulla. The love birds have been together for more than four years. In September 2021, The player shared about expecting their first child together. 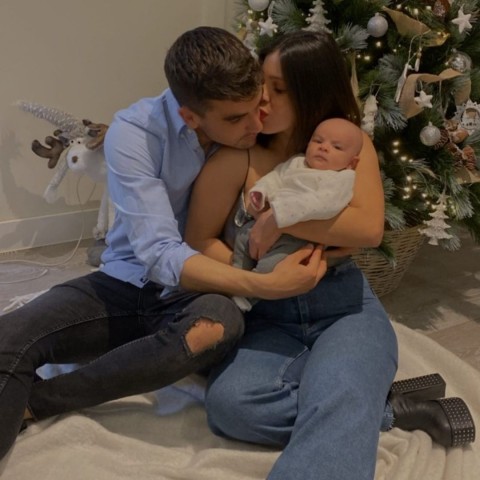 Mauro shares a photo with his girlfriend and child SOURCE: [email protected]

Mauro and Cynthia welcomed their first child in December 201. Arambarri shared the news through his posts on Instagram. Both of them are very supportive of each other.

Mauro started training with several youth academies in his hometown. He officially played for Tropezon from 2003 until 2010. The player moved to Defensor Sporting in 2011 and represented the club in numerous divisions. Arambarri was promoted to the first team in July 2013 and made his professional debut in September 2013 against Fenix. He signed a contract until the 2015 season.

Mauro appeared in forty-four games for the club and then moved to Bordeaux in the French Football league. He signed a four-and-a-half-year contract. The player struggled to be part of the senior team and appeared in just nine games for the senior squad and six games for the B team. Arambarri was loaned to Get for a season in 2017 and made the contract permanent in June 2018.

Mauro signed a five-year contract with the club and has appeared in 121 games until early 2022. Many big clubs from English Premier Leagues are keeping a close eye on him.

Mauro has represented the Uruguay U20 team and senior team. He made his international debut in 2014 and earned his senior team call in 2020.