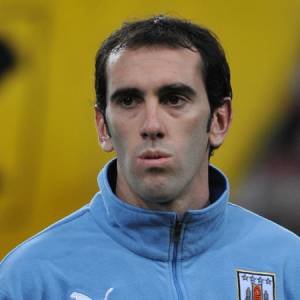 Deigo Godin is an Uruguayan professional footballer who plays for Spanish club Atlético Madrid alongside players like Jose Gimenez, Antoine Griezmann. He is also the regular member of the Uruguayan national team as a central defender. Known as the Athletico's wall, Godin is indeed a wealthy man with an estimated net worth of 4.5 million.

Diego Godin was born on 16 February 1986, in Rosario, Uruguay and his full name is Diego Roberto Godin Leal. His parents are Julio Godin and Iris Lial and has a sister named Lucia Godin. He is of Uruguayan nationality.

Deigo Godin started his professional footballing career in 2003 joining the Uruguayan club Cerro, he played 3 years with the club winning 63 caps and scoring 6 goals. He then moved to the top division powerhouse Club Nacional de Football in 2006 and was declared as the captain of his team. He was in the club for a year playing 26 games without a goal.

His maturity and professionalism were highly appreciated by several European clubs; the Spanish side Villareal signed him in August 2007 agreeing to the Five years contract. His debut in La Liga came on October 7, 2007, in a match against CA Osasuna. He was in the club for 3 years appearing in 91 games and scoring four goals.

Godin then made his move to Athletico Madrid on 4 August 2010. He made his official debut for the Club on the 27th of August 2007, starting against Inter Milan for the season's UEFA Super Cup in their 2-0 win. He is still playing for Athletico Madrid and his contract is valid till 2018.

Diego Godin made his international debut at the age of 18 in 2005 playing against Mexico in a friendly match. He is one of the major players of his national side. He has represented his national side in World Cup, Copa America, and many other tournaments. He has won over 118 caps for his national scoring 8 goals.

Diego Godin is not single and not married too, he is in a relationship with his girlfriend Sofia Herrera. The couple is in the relationship since 2014 and has already been around 3 years.

His wife Herrera is a graduate of Scuola Italiana di Montevideo. Her brother is also an Uruguayan footballer playing for River Plate. His Zodiac Sign is Aquarius, he has a perfect height of 1.87 m.