Custer was born on the 23rd of July 1998 in Ladera Ranch, California, to Joe Custer and Cindy Custer. Custer was born to a sports-loving family where his father is the president of Steward-Haas Racing and owns Gene Haas Company.

Born in a sports-loving family, Custer began racing at the age of four and won the UASC National Focus Young Guns Championship in 2011. Custer won the Rookie of the Year honors.

Custer made his professional debut at Bristol Motor Speedway for Ken Schrader Racing, becoming the youngest winner in the Series. Custer joined the Haas Racing Development to race in the NASCAR Camping World Truck Series. 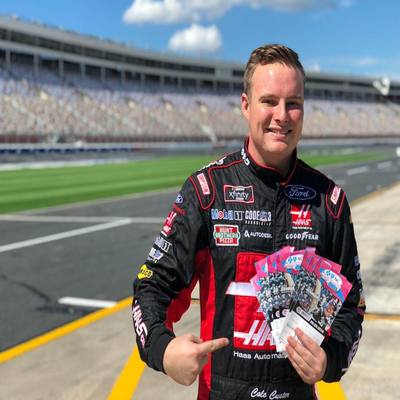 In 2016 Custer had the best position of 10th. In 42 races, he had two wins, 24 top tens, and 5 poles. Custer was 14 years when he became the youngest winner in the NASCAR's national touring series.

Later Custer made his NASCAR Xfinity Series debut for JR Motorsports, where he drove the No. 5 Chevrolet Camaro. During his years, there was a total of 105 races. His best finish was 2nd in 2019 and had 9 wins and 72 top tens. 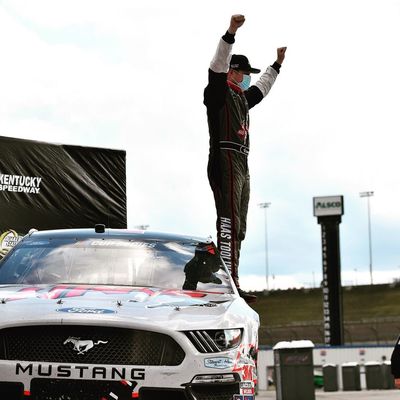 Custer joined Rick Ware Racing to race in the NASCAR Cup Series in 2018. Of 67 races in total, Custer had the best position of 16th in 2020 and had 1 win and 9 top tens. He was announced to replace Daniel Suarez for 2020 on 15th November 2019. Custer was awarded the Sunoco Rookie of the Year honors.

How much is Cole Custer's Salary?

Custer is one of the Richest racing drivers, He has a net worth of $1 million and is living a lavish lifestyle, and there are great years ahead of him. Custer had 2 wins in the NASCAR Camping World Truck Series, 9 total wins in the NASCAR Xfinity Series and, 1 win in the NASCAR Cup Series. We can assume he has collected a lot of money.

Custer has a primary sponsor as Haas Automation, and several sponsors like Simpson, JACOB Companies, Thompson, Autodesk, Mobill, ONE CURE, Panini, too, have been sponsoring him. Custer collects some amounts from his sponsors too.

Who is Cole Custer Dating?

Custer is dating Kari Witt, who has been his supporter and a big fan too. The couple has been dating for a long period of time. Custer posts about her a lot on his Instagram. The beautiful couple has often been seen in the racing track where Custer races.

Custer and Kari love hanging out a lot and have seen visiting new places often. Custer's previous relationship information is not much on social media. 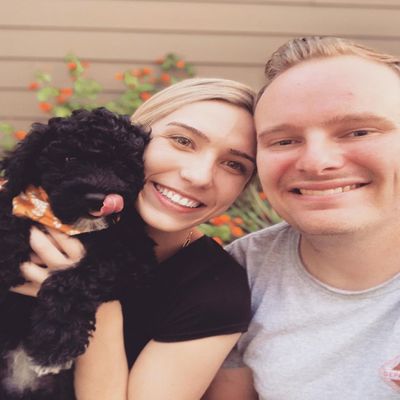 The American professional racing driver also loves golf and is seen golfing during his weekend and vacations. The couple has visited Hawaii during their weekends and has a cute dog named Honey.

Custer is focused on both his professional and private life. There is more to come from Custer in these coming years.