Franciso Calvo is a professional football player who plays for Konyaspor and the Costa Rica national team. Wearing jersey number 15, Calvo plays as a centre-back. Sometimes, he also plays as a left-back for his club.

The professional footballer has been part of the senior team of Costa Rica since 2011. He has represented the nation in many big tournaments, including the FIFA World Cup 2022. In 2021, Calvo also helped his team win the CONCACAF Nations League Finals Best XI 2021.

Who Is Francisco Calvo Wife? Details On His Married Life

Franciso Calvo is married to his sweetheart, Mariana Jimenez. The couple tied the knot in May 2017. His wife, Mariana, is a student from Alajuela. Before tying the knot, they were sharing the relaitonship of a boyfrined and a girlfined for a long time. It is reported that, Calvo and Jimenez began dating in 2012. Francisco Calvo has a son with his wife  SOURCE: Instagram @calvo05

Being married for five years, the couple have already started a family of their own. The pair had their first child, Gael, on September 10, 2017, in the United States. Calvo also shared the happy news on Instagram. After that, the footballer was congratulated by his Costa Rica Teammates, Celso Borges and Oscar Duarte, for becoming a dad.

The professional footballer often shares snaps with his wife and child on social media.

How Much Is Franciso Calvo’s Net worth?

Calvo has been playing football professionally for a long time. So, Calvo is estimated to have a net worth of over $500,000. Calvo plays for Konyaspor, with whom he signed a deal of €495 thousand. Playing for them, he earns a weekly salary of £4,300 and a yearly salary of £223,600. Furthermore, Calvo also makes money from brand endorsement. He lives a quality life and flaunts it via his IG account, where we can find him as @calvo05.

Calvo moved back to his homeland to focus on his professional football career and joined for local Costa Rican club, CS Herediano, in 2011 before moving on to the top-level Costa Rican club, Perez Zeledon. In January 2013, Calvo moved abroad and joined the Danish club FC Nordsjaelland, but after only three appearances for the Danish team, he returned to Costa Rica and rejoined his old club, Herediano, in 2013. 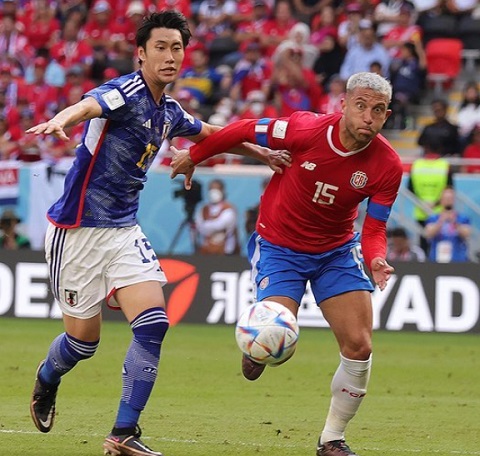 Francisco Calvo in one of his professional games  SOURCE: Instagram @calvo05

Calvo was transferred to Santos de Guapiles as a loan from Herediano in the winter of 2015. In May 2015, Calvo joined Saprissa, where he became good friends with Heiner Mora and became the most influential player for the club in the following season. He has appeared in 63 matches for the club and scored 14 goals.

Likewise, Calvo played for Minnesota United from 2017 to 2019 in 62 professional games scoring five goals. After that, he moved to play with Chicago Fire. The skilled footballer was also with San Jose Earthquakes in 13 games, netting two goals. Since July 7, 2022, he has been a part of the Konyaspor squad.

The Costa Rican player played in  FIFA U-20 World Cup hosted by Colombia in 2011 and made his senior debut for Costa Rica against Nigeria on May 29, 2011. 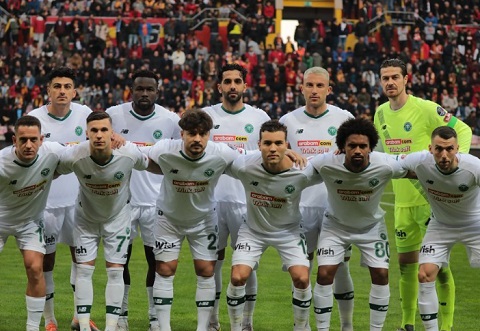 Since then, Calvo has been a part of the senior side. At the time of this post, Calvo has already made over 75 game appearances.

Franciso was born Francisco Javier Calvo Quesada on July 8, 1992 in San Jose, Costa Rica. His mother is Dona Fressy while his father's name remains unknown. So, he holds Costa Rican nationality and peaks at the height of 5 feet 11 inches (1.80 m). As the footballer has kept his life private, we are unable to share details about his parents. 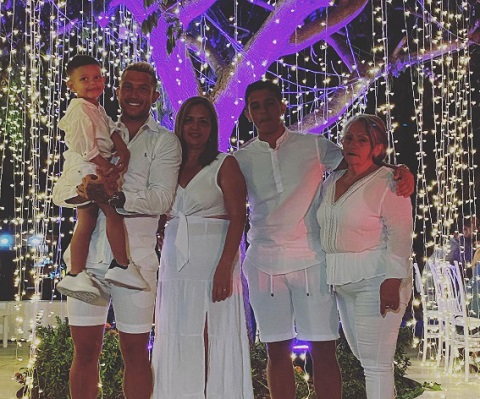 Calvo was passionate about pursuing a football career from an early age. So, his career kicked off at Saprissa. After his time at Saprissa, Calvo moved to the US and attended San Jacinto College, where he played for San Jacinto Coyotes in 2010.