The youngest American ranked in the Top 50 by ATP, Frances Tiafoe is professional tennis player since 2015. Tiafoe, who has a career-high ranking of No. Twenty-nine in the world, he won his first ATP title at the 2018 Delray Beach Open.

Hyattsville, Maryland, native Frances Tiafoe was born on January 20, 1998, under the star sign Aquarius. The American man had his best performance at a Grand Slam event came at the 2019 Australian Open, making up to quarterfinals.

With prize money of $3,304,117, Frances Tiafoe is ranked #34 in the ATP Prize Money Leaders, where Rafael Nadal, Novak Djokovic, and Roger Federer are listed 1st, 2nd, and 3rd respectively.

Besides prize money from the tournament, endorsement deals with sponsors are one of the most significant income sources for many tennis players. 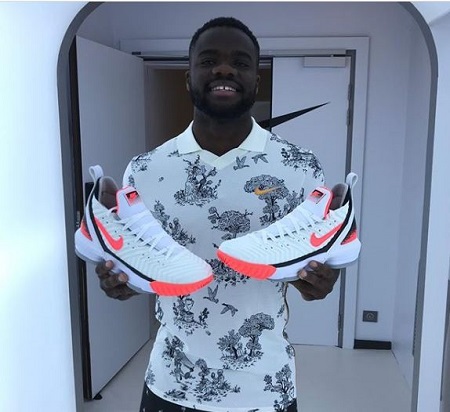 Considered the Saviour of the American men in Tennis, Tiafoe was the brand ambassador of Adidas in his early career and subsequently switched to Nike from 2016. Further, Yonex, a company of Racquets, sponsored him as their brand ambassador. Most recently, he signed an endorsement deal with  TAG Heuer.

As of 2019, he is reported to make $2 million per annum and has an estimated net worth of $4 million.

Frances Tiafoe and his girlfriend, Ayan Broomfield, met through their mutual friend Vickie Duval who suggested them to date in 2015. First, they started talking a little bit on Instagram and exchanged numbers. Later, Ayan came to watch his play in 2017. That was the time, the duo spent some quality time and met her family but not dating yet. 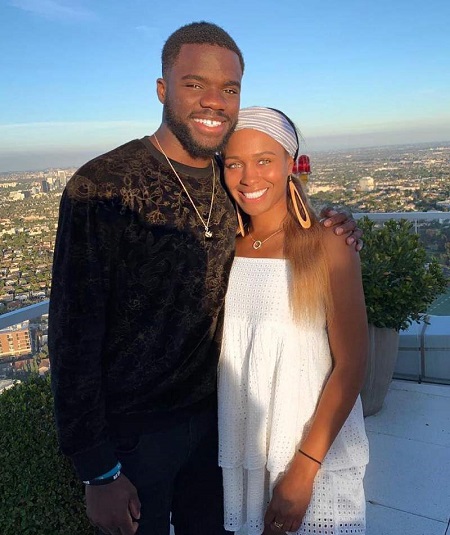 Then a day before Ayan return to UCLA, he asked her to date through FaceTime.  Tiafoe said, "She said yes. She had a long pause and then said yes. And then that’s — yeah, the story goes on.”

Ayan Broomfield, 22, is a Canadian tennis player currently playing for the UCLA Bruins. The 5 ft 7 in tall has won two doubles titles on the ITF tour in her career.

On 22nd July 2019, a short documentary was made entitled, "Ayan Broomfield Tennis Story," was premiered on Amazon Prime Video.

Tiafoe and his twin brother Franklin Tiafoe was born to a Sierra Leone immigrants parents: Constant Tiafoe and Alphina Kamara. Their parents relocated to Maryland in the 1990s to escape the civil war. His father employed as a custodian at the tennis center, where they briefly lived. On the other hand, his mother was a nurse who usually worked on the night shift. 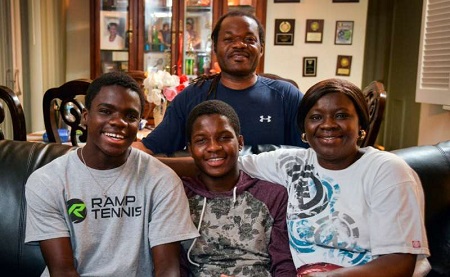 At the age of three, the twin brother started playing tennis, and by 5, their father enrolled them to train at the JTCC, bypassing their usual fees. Later three years, Frances was coached by Misha Kouznetsov, who helped him sponsor to play at tournaments.

As an amateur, Frances Tiafoe won the Orange Bowl at 15 years old in 2013, becoming the youngest boys' singles champion in the history of the tournament.

Further, he was named the youngest American to participate in the main draw of the French Open. Additionally, he won the US Junior National Championship and also a success on the ATP Challenger Tour with nine finals and four titles.