Emmy award winner, John Anderson is an American sports journalist who currently works as a host of the ESPN TV program SportsCenter since June 1999. Anderson is mostly seen at 11 p.m. ET program edition, both in the studio and from locations at major sporting events. Prior to ESPN, he previously worked for MLB network, an American television sports channel dedicated to baseball.

John Anderson reportedly earns around $2.5 million, as his yearly salary from the network, and as of 2019, he reportedly has an estimated net worth of over $8 million.

John Anderson Net worth and Salary

The American sportscaster/anchor John Anderson has an estimated net worth of $8 million. As of 2019, the reporter receives an annual salary of $2.5 million from his successful reporting career with ESPN while Stephen A. Smith is one of the highest paid sportscasters of the network.

In particular, the ESPN network pays its employees an average annual salary of $85,000. Similar to Max Kellerman, Anderson resides in the United States, living a standard life with the money he earned from his career.

Unlike his professional life, his personal life is low profiled. In addition, he has not revealed any information about his wife and children to the general public yet. However, he might be enjoying his married life and living happily with his family. 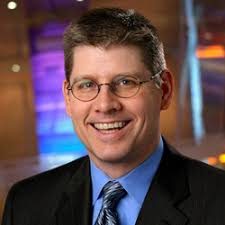 Talking about his body measurements, he has a perfectly built body with decent height and weight. However, the exact information has not been disclosed in the media yet.

John Anderson was born on May 13, 1965, in Green Bay, Wisconsin. He holds an American nationality and belongs to the White ethnic group. Additionally, the details about his early childhood, parents, and siblings are not disclosed in the media yet.

Talking about his educational background, Anderson graduated from the Southwest Green Bay High School in Wisconsin, Green Bay. In addition, Anderson holds a degree in Journalism from the School of Journalism at the University of Missouri

Anderson joined ESPN as an ESPNEWS anchor in June 1999. Prior to joining ESPN, he worked at KPHO- TV in Phoenix, Arizona from 1996 to 1999 as a weekend sports anchor.

On 3 November 2013, Anderson made his debut as co-host of the 2013 ING New York City Marathon broadcasted by ESPN. He paired with SportsCenter fellow anchor Hannah Storm as host of the five- hour race television broadcast on ESPN2 and on ABC7 in New York City.

Currently, he is a co-host of ESPN's show SportsCenter, working along with Chris Berman, Jay Harris and many more.