Erik Johnson is the current alternate captain of the Colorado Avalanche of the National Hockey League(NHL) who plays as their defenseman. Before this, he played for the St. Louis Blues and was drafted in 2006 NHL Entry Draft in the first overall pick.

Best Defenceman Directorate 2007 and a member of WJC All-star Team, Erik Johnson has so far made a net worth of over $35 million. Well, just be patient and you will find every detail about his salary, net worth, girlfriend, and love life below.

How Much Is Erik Johnson's Net Worth and Salary?

Eric Johnson is also among the highest-paid NHL players of recent time. His net worth is estimated at around $35 million which he earned from NHL career.

In addition, to this, Erik also possesses an expensive mansion worth millions in Cherry Hills where he is currently residing with his girlfriend.

Eric recently signed a seven-year contract worth $42 million on September 22, 2015. The contract included a guaranteed sum of around $42 million along with a cap hit of $6 million. Before this, he was playing under a four years contract worth $15 million signed on July 3, 2012.

In addition to this, Johnson signed his first contract with the St.Louis Blues on May 14, 2007, worth $11.1 million for three years.

Is Erik Johnson Married or Single? Know about his girlfriend

Eric Johnson might be secretly planning to get married to his girlfriend Jackie Johnson but has not disclosed yet. Eric and Jackie are in an open relationship and are spotted together quite often.

His and his girlfriend live together with their four large-breed dogs, 10 racehorses in Cherry Hills.

Erik and his girlfriend seem quite happy with each other and it can be confirmed after taking a deeper look at their relationship. They never have shared any disputes in their love affair which clearly suggests that their relationship will last long.

Comparing to other NHL players, Erik Johnson is also a social media user who regularly updates his social media accounts. He only shares about his professional life but you will not even find a single hint which puts a light on his love life. 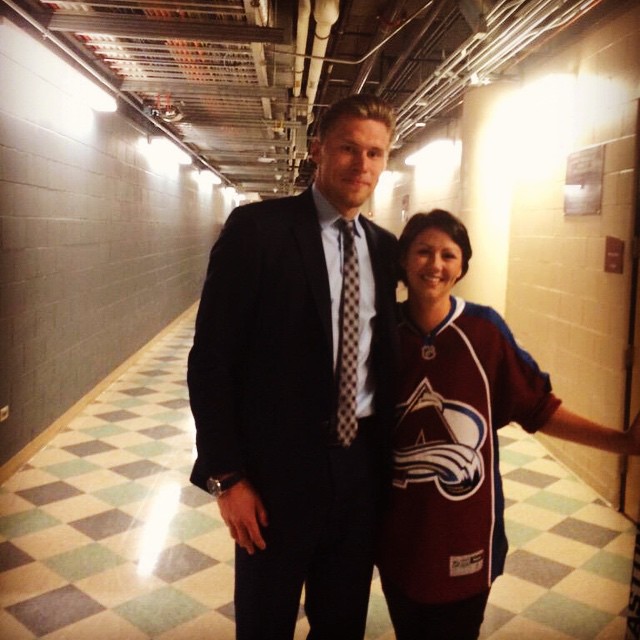 Eric with his fan Shelley from New Zealand SOURCE: Instagram

In addition to this, he has made an enormous number of fans as his official twitter and Instagram accounts have more than 20 thousand followers.

Who is Erik Johnson? Know about his Childhood and Parents

Erik Johnson was born as Erik Robert Johnson on March 21, 1988, in Bloomington, Minnesota, the United States to parents Bruce and Peggy Johnson. As far as his childhood is concerned, he spent his early days with his siblings. 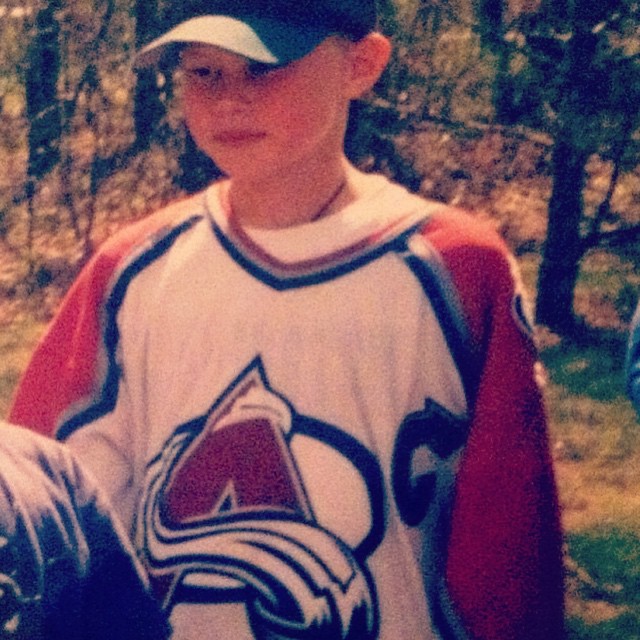 He attended the Academy of Holy Angels high school and played there for over two seasons. later on, he started playing for the University of Minnesota.

Erik Johnson is the current alternate captain of the Colorado Avalanche of the National Hockey League(NHL) who plays as their defenseman. Before this, he played for the St. Louis Blues and was drafted in 2006 NHL Entry Draft in the first overall pick.

He was traded from Blues to the Avalanche on February 19, 2011, along with Jay McClement in exchange for Kevin Shattenkirk and Chris Stewart. Since then, he is playing with the Colorado team alongside Gabriel Landeskog, Nathan MacKinnon, and many more.

During the 2017 season, Erik was suspended for two games for boarding Vladislav Namestnikov of the Tampa Bay Lightning.