Kevin Shattenkirk who is also known by his full name “Kevin Michael Shattenkirk” is one of the respected names in the world of ice hockey. He is a professional hockey player who holds the nationality of the United States and currently plays for the Tampa Bay Lightning of the National Hockey League (NHL). Prior to earning a reputation as a star player of Lightening, he also delivered his hockey skills for Colorado Avalanche, St. Louis Blues, Washington Capitals, and New York Rangers.

He was born on January 29, 1989, in Greenwich, CT. He was born to Patrick and Barbara Shattenkirk. He attended Boston University where he played ice hockey for his college team.

Who is Kevin Shattenkirk Married to?

Kevin Shattenkirk is married to his girlfriend Deanna Abbey. The couple tied a knot in a beautiful wedding ceremony at the Wölffer Estate Vineyard in the Hamptons on July 2018. 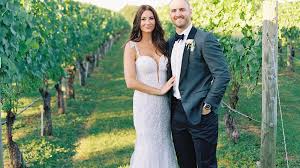 Kevin Shattenkirk and his wife Deanna on their wedding SOURCE: Brides

The couple was engaged to each other a year before. Kevin proposed his future wife Deanna for marriage at the Barcelona Cathedral in July 2017. He went on his knee while they were in Europe for Alexander Steen’s wedding and asked her to marry him. 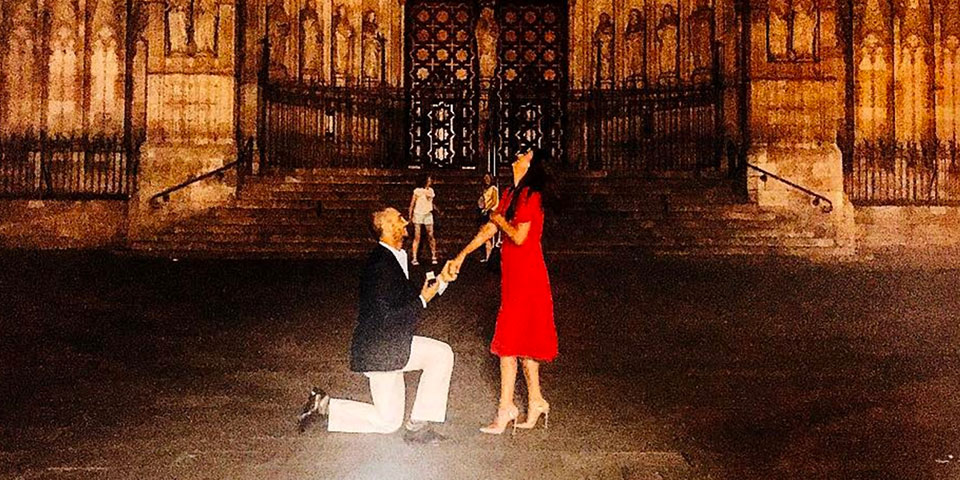 Several Rangers teammates including his former St. Louise teammate TJ Oshie appeared on the wedding with his wife Lauren and her sister Ally.

Eric Shattenkirk and Keith Shattenkirk are his brothers. He cares for his parents. He is very close to his family.

Kevin Shattenkirk Salary and Net worth

He has lots of fans following on social networking sites. He wears jersey number 22 while playing for the St. Louis Blues and United States National Men’s Hockey Team.

Prior to starting his professional career with NHL, he commenced his early hockey career with the New Jersey Devils Youth Hockey Organization. He went to The Brunswick School in Greenwich, Connecticut. Later, he attended Boston University and played there for two seasons. He played outstandingly while he was in Boston. While playing in Boston, he managed to score 18 goals in the regular season. Later on, he also played two seasons with Lake Erie Monsters (an AHL affiliate team).

He made his NHL debut with Colorado Avalanche. He debuted in 2010. He scores seven goals in 46 matches in a regular season with Avalanche. Since 2010, he has been associated with St. Louis Blues; this NHL team provided a new rise to his career. It also opened a door of success for him. His stats say he managed to scores 48 goals in a regular season with the St. Louis Blues.

Kevin joined Washington Capitals in 2017 but signed the deal with New York Ranges after a month. After playing for two years he was traded to Tempa Bay Lightning in 2019.

His International records are outstanding. In 2014, on January 1, he was also named to the United States National Team for the 2014 Winter Olympics along with his then Saints teammates David Backes and T. J. Oshie.