Erica Lee Enders known as Erica Enders is an American drag racing driver who has won three championships in the Pro Stock class of the NHRA Mello Yello Drag Racing Series. She continues to drive full-time and she is also the NHRA Pro modified class racer as per 2019.

Born on Oct 8, 1983, on Oct 8, 1983, Huston Texas, she has finished her higher secondary education from Cypress Springs. She has a sister Courtney, who is also a car racer and her husband Richie is also the NASCAR racing driver.

Erica has earned a good amount of wealth and fame through her racing career. She an estimated net worth of around $1 million as per 2019. 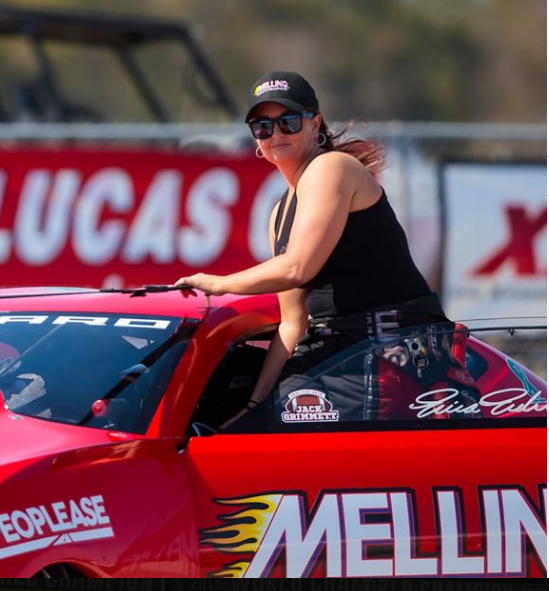 Her earning and career achievements has listed her among one of the most famous and reputed racing drivers along with Danica Patrick, and Maryeve Dufault.

Erica is a married woman and she has exchanged wedding vows with Richie Stevens, Jr. in 2012. Erica and Richie dated each other for more than three years before tieing in the knot with together. They are the parents of an adorable daughter. 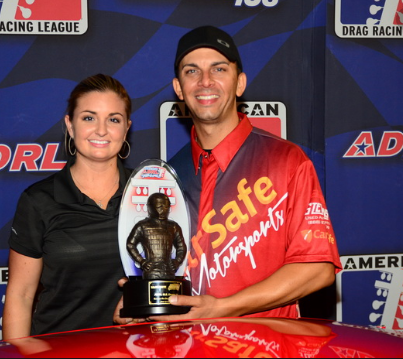 Richie Stevens, Jr. is also the car racer, and before marriage, Richie used to be the racer of drag racer but due to some personal issues, he stopped his racing career. But in 2019 he is back in the track and ready to compete in Nascar.

Erica is the daughter of Gregg Enders and her mother's name is Janet Lee Enders and she has one sister, Courtney Enders. Erica's father and mother got married in the late '80s, and they first started dating each other since college days and after dating a couple of years, they tied in a knot.

Erica's father is the businessman who is the owner of Ender's Racing Organisation whereas her mother Janet is a professional photographer. Her only sister Courtney Enders is also a car racer and she has initiated her professional career in drag racing competition.

Erica and her sister's life and their struggles portrayed in the Disney original movie series known as Right on Track and it has done a pretty much good amount work in the box office. The movie was released on 2003, which featured the actress like Beverley Mitchell who portrayed Erica's role and Brie Larson portrayed the role of Courtney.

The movie was based on the true events of Erica and her sister's stories released in the box office to inspires the young talent in the racing industry as well as to promote women empowerment.

In 2001 she had her career breakthrough a moment where she claimed eight victories in the single-season. She became the first woman to win the NHRA Pro Stock World Championship and she had won six races consecutively in 2014. She is the fastest speed record holder and has won an Elite Motorsports in 2019