The Canadian racing driver, model, and advertising spokeswoman, Maryeve Dufault is famous for her appearance in race events such as Skip Barber, Formula BMW, Formula Renault, Star Mazda, NASCAR Canadian Tire Series, ARCA Racing Series, and NASCAR Nationwide Series. Additionally, she has also worked in many television shows and movies including Driven, Entourage, Relative Strangers, The Bold and the Beautiful and many more.

Tied a Knot with Guy

Formula BMW racer, Maryeve belongs to the married club and as of now, she is happily married to her husband, Guy. Moreover, the duo got married in 2014.

However, in recent days, the couple doesn't appear together in public, the news of them getting divorced or separated is not circulated in the media yet.

The 37 years old racer, Maryeeve runs a YouTube channel which is named after her own name. Compared to her real-life popularity, she has a discouraging fan following of just 45 in numbers.

Although she is not active on Youtube in recent days, she has posted a video of her wedding five years ago. This can be evidence of the fact that she is married to her husband five years back.

The multi-professional person, Dufault has an estimated net worth over $9 million. She is one of the renowned racers who is expected to earn between $200,000 and $500,000 as a salary. The racer will earn an additional amount of money as a bonus as well as some percentage of their prize money. 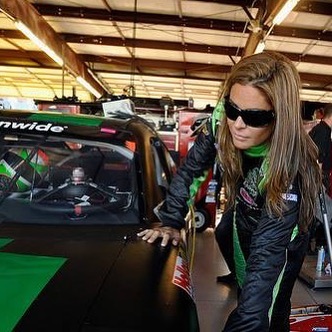 Miss Hawaiian Tropic International, Maryeve has raised $10,000 to help the National Breast Cancer Foundation. Additionally, she was also actively involved in a Bermudan trip to raise funds for the Syncairly Yours Foundation. The foundation basically focuses on helping mothers with premature babies.

Matter of fact, Maryeve is also actively involved in the field of entertainment. Additionally, she has also worked in many television shows and movies including Driven, Entourage, Relative Strangers, The Bold and the Beautiful and many more.

Although she prefers to be a racer rather than an actor, she once said that she is into this field just to make her racing career alive. 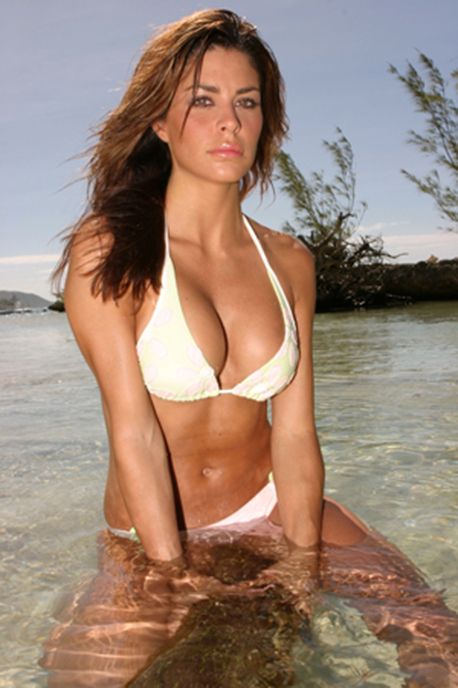 In one of the Interviews, she said: "I wasn’t buying myself clothes. I was buying tires, she added: "I am a racer who uses modeling jobs to pay my bills."

Likewise in the interviw with toledo blade, she said "Sure, some people think it is crazy, but I know where my heart is. I'm a race car driver, and I want to be known first for what I accomplish on the track. We all took different routes to get here, but every driver wants the same thing. You want to compete, and you want to win. My passion is here at the track."

Further, Maryeve is the winner of the 2000 Miss Hawaiian Tropic International. By winning the title, she successfully became the first Canadian to win the title, beating 35,000 competitors.

Initially, Maryeve started her professional career as a Stock Car racer in the NASCAR Canadian Tire Series in 2010. After impressing as the famous driver Brad Keselowski, she got the opportunity her ARCA debut at Daytona in February 2011.