Harry Kane, the trending name in the World Cup 2018 is an English footballer currently playing as a striker for Premier League club Tottenham Hotspur and captains the England National Team. 24-year-old Kane, playing professionally since 2009, is the top goal scorer from World Cup 2018 group stage with 5 goals.

Kane has turned his career journey to an exemplary success and is estimated to be enjoying the net worth of $42 million currently. Besides being blessed with a lucrative salary, and endorsement, Kane is also blessed with a lovely relationship with fiancee Kate Goodland and shares a daughter. Scroll down for details.

Net Worth and Salary of Harry Kane

Very happy to sign a new contract with @SpursOfficial! Looking forward to kicking on again next season. #COYS ?? pic.twitter.com/xUykvjaRBD

Then on February 2, 2015, Kane penned a 5 and a half year contract with Hotspur, followed by his new 4-year contract later in December 2016.

Here is the table of his career contract and salary.

Just before the start of the World Cup 2018, the English star signed a new 6-year deal with Hotspur and will be available for the club till 2024.

In February 2018 Nike launched the special-edition Hypervenom 3 HK and Kane along with Olympic champion Mo Farah and Chelsea playmaker Eden Hazard made in the commercials.

For Beats by Dr. Dre headphones, Harry Kane featured for advertisement alongside Antoine Griezmann, Mario Gotze, and Cesc Fabregas ahead of UEFA Euro 2016.

The 2017 England Player of the Year, Kane reportedly owns a house in Essex where he lives with his fiance Kate Goodland and his daughter. Besides this, Kane also bought a  house in 2017, near to his Tottenham Hotspur's training ground.

Kane owns an impressive car collection which includes Range Rover, Jaguar, Bentley and many more. Kane is often seen with his $52,000 Jaguar F-Pace. 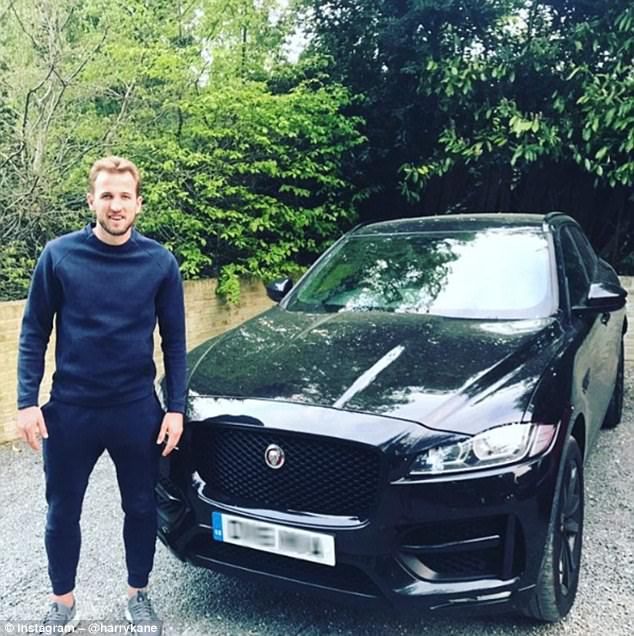 The worth of his car collection is assumed to be in the neighborhood of $700,000.

The friendship turned to love after the couple reportedly started dating in 2012, though it was publicized in February 2015. 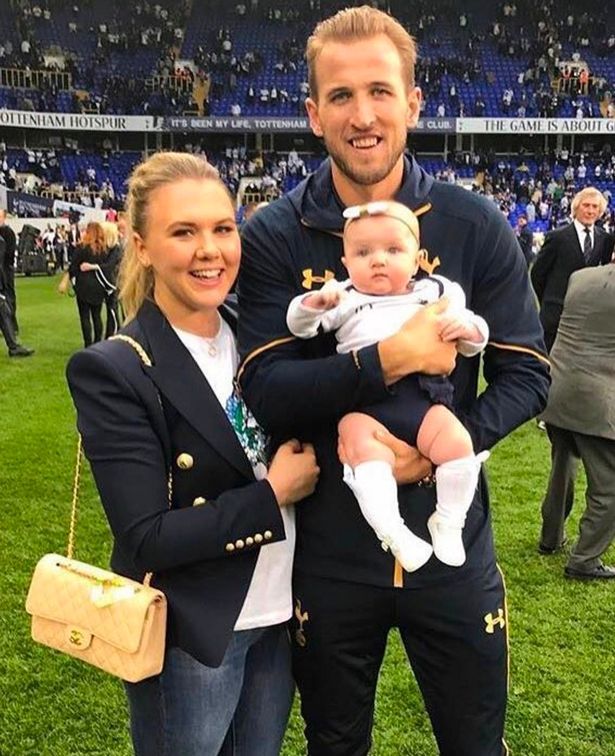 CAPTION: Harry Kane with his fiancee Kate and his daughter Ivy SOURCE: Mirror

After years of dating, the couple got engaged in July 2017, after Kane proposed Kate while on their holidays to the Bahamas. Kane shares his happiness vis his Instagram captioned with "She said Yes!"

Currently, the couple has not fixed their marriage plans, but another happiness on the way as Harry and Kate are reportedly expecting their second child. The news was announced in January 2018.