Ranked as the world's fifth-best active bantamweight by The Ring, Emmanuel Rodriguez is a Puerto Rican professional boxer. He was the IBF bantamweight titleholder from 2018 until 2019. Emmanuel also got a chance to represent his country in the Summer Youth Olympics.

Emmanuel Rodriguez was born Emmanuel Rodriguez Vasquez on August 8, 1992, in Manati, Puerto Rico. Emmanuel seems to be the only child born to Awilda Vazquez Soler and her husband, Luis Rodriguez. Nothing much about his parent's occupation is shared with the public. Rodriguez was involved in several sports before picking up boxing as his career. He has not mentioned his education and academic qualification.

How Much is Emmanuel Rodriguez's Earnings and Net Worth?

Emmanuel Rodriguez has an estimated net worth of more than $100,000. He has accumulated most of his net worth through his successful career in boxing. Although He has been fighting for more than a decade, There exact figure about his earnings and contract is not shared with the public. 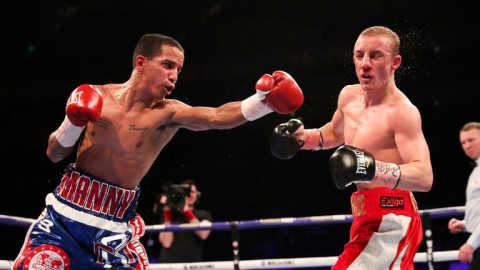 Rodgriguez is very much early in his career. He shall be earning much more in the days to come. The Puerto Rican boxer must have earned a good sum winning the Flyweight division at the inaugural Youth Olympic Games. There has been no information about his contract and brand endorsements.

Unlike other boxing stars, Emmanuel does not show much presence on any social media. He has an account on Twitter but does not share a single word about his personal life. He seems to be a single living a happy life. Rodriguez seems to be focused on his career rather than spending time with people. 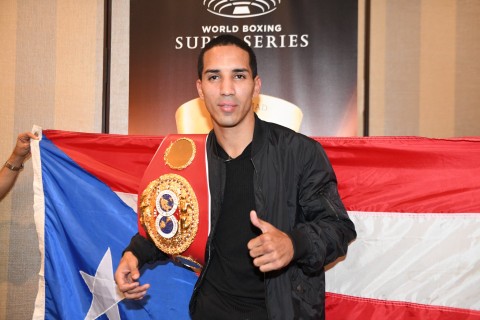 However, he could be severely dating and might not want his personal life to come in public with his game. There have been no posts that could suggest us to know about his relationship status. Rafael Fiziev is an Azerbaijani-Kyrgyzstani mixed martial artist who is also living a happy single life.

Emmanuel comes from athletic family background. He used to play numerous sports before settling into boxing. He had started to train for boxing from an early age. At the age of fourteen, The boxer had started competing at a national Youth level. Rodríguez entered the light flyweight open-class at the 2009 Pan-American Championships when he was 17 years old.

In 2006, Rodriguez made his amateur debut in the super flyweight division up. Later, competing in V Copa Ángel "Cholo" Espada competition, He won his first two matches and reached the final. However, He lost the final up against Jeyvier Cintron. After his loss, Rodriguez closed his amateur career and turned professional.

Puerto Rican Native Emmanuel made his professional debut up against Jason Agosto by defeating him with KO in his very first round. He went on to win his first title in 2013 of  WBO Latino bantamweight title defeating Miguel Cartagena. By 2020, Rodriguez had a total of twenty professional matches. He has just lost a single match up against Naoya Inoue. Rodriguez is set to face Reymart Gabalo in December 2020.