"The secrets to a long-lasting relationship: two people working, standing, wanting, being together and seeing the future together." With these quotes today on the list we have, Real Madrid winger Gareth Bale and his wife Emma Rhys Jones. The two have been together for over a decade now.

Here's everything you need to know about Emma Rhys Jones and when the couple got married? Do they have children? Scroll Down!!

Who Is Emma Rhys-Jones?

Raised in Llanishen, a region in north Cardiff Emma is the daughter of Martin Rhys-Jones and Suzanne McMurray. She has two sisters: Charlotte Rhys-Jones, and Katie Rhys-Jones as well as twin brothers, Robert and John Rhys-Jones.

Reportedly, Emma worked as a hairdresser in Cardiff while Garthe was making a name for himself in football. Her professional did not bring her into the limelight but her relationship with the Wales footballer did since she publicly appeared with him in late 2013.

Emma has been constantly talked about by international media, be it for accompanying her partner, or for the strange incidents involving her family. Though she is a celebrity now, she has remained always down to earth.

Rather than going for the spotlight, she prefers spending quality time with her family and friends.

Emma Rhys Jones and Welsh footballer, Gareth Bale (July 16, 1989) started dating in the early 2000s while attending Whitchurch High School. They announced their engagement in July 2016 through Gareth's social media posting: "She said yes!! This is a birthday weekend I won't forget for a long time..."

After ups and downs, they finally tied the knot in 2019 - a year after Gareth scored a stunning goal in the Champions League final. 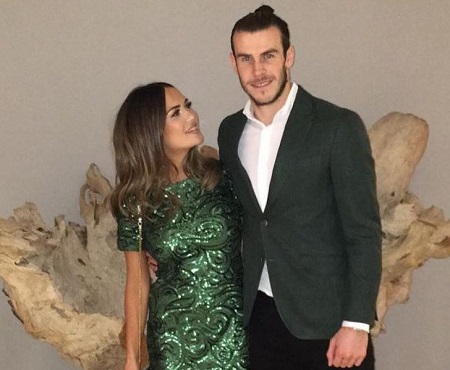 Initially, Emma and Gareth planned their marriage in summer 2018 but the wedding was postponed until 2019, due to an ongoing feud with Emma's family.

Emma's father Martin was released from prison in June after being imprisoned for fraud for six months in the US. However, she banned him from attending their wedding after he moved in with a florist half his age, Alina Baranova.

Other members of her family including her aunt Jane Burns have been embroiled in a violent drugs feud.

Though Emma and Gareth were set to exchange the vow at the historic Vincigliata castle in Tuscany, they later switched on private island Tagomago, near Ibiza.

On 21st October 2012, they welcomed their child Alba Violet born at the University Hospital of Wales. Later four years on 22nd March, their second daughter, Nava Valentina was born. 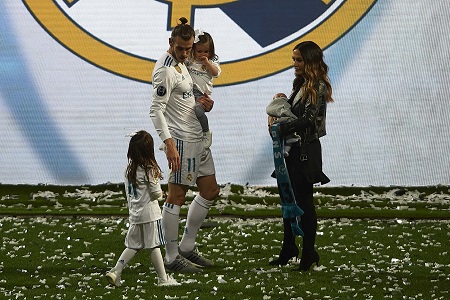