Emir Bajrami is a Kosovo born Swedish professional football player who plays as a winger for  Allsvenskan league club,  IF Elfsborg. He has represented Sweden in junior level and played for Sweden national team from 2010 t0 2012.

He wears Jearsy number 20while playing for IF Elfsborg.

Emir Bajrami holds Kosovan nationality and is of Albanian descent. He was born to Albanian parents on 7 March 1988 in Pristina, Kosovo. His parents migrated to Sweden and he was raised in Koping, Sweden where Emir joined the youth team of the local club, MD FF Koping.

Besides playing football, he also played ice hockey and is a skilled bandy player that he was even selected for youth national side but opted to play and focus his career on football.

His exact net worth has not been officially disclosed but looking at his playing career along with his assets and endorsement combined his net worth could be assumed to be around $ 500,000. 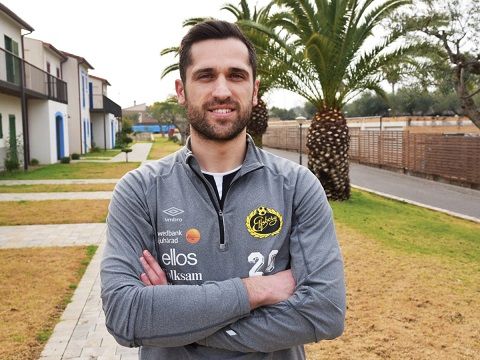 After playing for the junior team of Koping, he moved to the senior team in 2005 to start his professional career as a football player.

Emir Bajrami then signed with Swedish football club, IF Elfsborg and made his debut for Allsvenskan side against GAIS on 30 July 2006 and scored his first goal for the club against Orebro SK on 17 April 2017.

He left the club after making 83 appearances for Koping FF and scoring 14 goals in his first outing for the Swedish club.

He then signed a four-year contract with Dutch football club, FC Twente on 25 May 2010 for an estimated transfer fee of $ 3.11 million and made his debut for the side against Roda JC scoring his first goal for Twente against NEC on 20 February 2011.

After his stay with Dutch club, he was transferred to  French football club, AS Monaco as a loan for 2012/13 season. He made his debut for Monaco against Tours where he came on as a substitute and scored his first goal for the club against Istres.

After a poor performance in his first season, he was sent to the reserve team of Monaco.

The midfielder then joined and signed with Panathinaikos FC  for three years in early June 2013 and made his debut for the Greek club against Panetolikos.

He scored his first goal for Superleague Greece side, Panathinaikos against Olympiacos Volou.

Bajrami then moved to his former club, IF Elfsborg for his second run in 2015 and after recovering from an injury, he made his debut for the team against BK Hacken on 3 April 2016.

He scored his first goal for the Swedish club aginst Falkenbergs on 1 May 2016.

After representing Sweden in the U-19 side and playing at the U21 European football championship in 2009, he went on to make his debut for the senior Sweden national football team against Oman in a friendly on 20 January 2010 and scored his first international goal against Scotland on 11 August 2010. 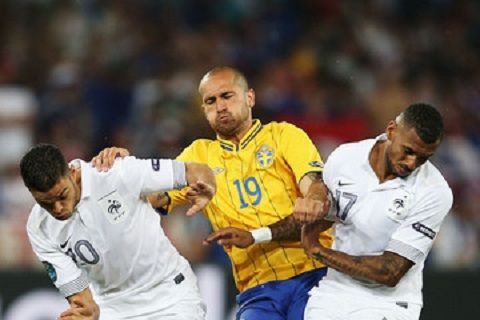 He was part of Sweden, along with players such as Zlatan Ibrahimovic, Seb Larsson, and  Martin Olsson, to play UEFA Euro 2012 at Poland and Ukraine.

Emir Bajrami has expressed his wish to play for his birth nation of Kosovo in February 2014 if Kosovo were to be accepted by FIFA.

Emir Bajrami who stands at 5 feet 11 inches tall has an older brother named, Ramush Bajrami and is reported to be married. He was seen with his beautiful wife at the dinner party while he was in Panathinaikos.