Emil Riis is a rising Danish professional football player. He is currently playing in the EFL Championship with the Preston North End Football Club. Riis plays as a Forward for his club and country. Emil wears a no.19 jersey representing the nation and club.

Emil Riis was born Emil Riis Jakobsen on June 24, 1998, in Hobro, Denmark. He did not come from a reputed family and rose to fame only after his successful career. So much about his early life and parents is still under the radar. Riss stands six feet and three inches tall and weighs 80 kg.

Emil played in numerous youth clubs before making it into a professional career. He trained and played for his hometown club and then joined the youth academy of Randers at the age of 14. Riss become the top scorer of the under-17 team by scoring 24 goals in the youth league. The player underwent two trials and joined the youth team of English club Derby County in July 2015. Emil made a huge impact in his games as his side gained the Premier League 2 Division 1 status. 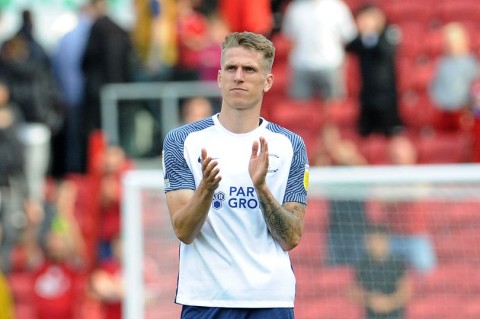 In late 2017, The Danish player trailed for Dutch club VVV-Venlo and joined the club on a loan deal till the end of the season. In June 2018, Randers Fc signed him on a three-year contract. Riis struggled to be part of the regular team in his first season with the team. In the late season, Randers reached the third and decisive qualifying round for the UEFA Europa League, where they eventually lost 4–2 to Brondby. In his two seasons with the club, The player appeared in sixty-five games and scored fifteen goals.

In 2020, Emil moved to the English Championship club, Preston North End. None of them shared the contract details in public. In the two-season, Riis is a regular team and has scored ten goals in sixty games.

Emil has been part of the Danish national team since 2013. He has represented Danish U16 to the U21 team and Alexander Bah and Anders Dreyer. However, Riis is yet to make his senior team debut. The player has more than fifteen caps for his country.

Emil Riis has an estimated net worth of more than $1 Million. He has earned most of his net worth through his football career. Emil is very early in his career and will be adding a huge net worth in the future. As per sources, Riis makes more than $600,000 with Preston, and his contract expires in 2024.