Anders Dreyer is a rising Danish professional football player. He is currently playing in the Russian Premier League for FC Rubin Kazan. Dreyer started his professional career in 2016 with Esberg fB. Anders plays as a Right-winger for his club and country. He wears no. 11 jersey while representing the nation and club.

Anders Dreyer was born Anders Laustrup Dreyer on May 2, 1998, in Bramming, Denmark. He has not uttered a single word about his parents and early life. Also, The player has successfully kept his education and academic qualification under the radar. Anders stands five feet and nine inches tall and weighs 69 kg.

Anders started playing football along with his parents in his backyard. He spent his early life playing for several youth clubs, including Ribe BK, Bramming BK and Esbjerg fB. After spending several years training and playing with Esbjerg's youth club, Anders earned his senior team call in 2016 and debuted in early 2016. Dreyer extended his contract for one year until 2018. 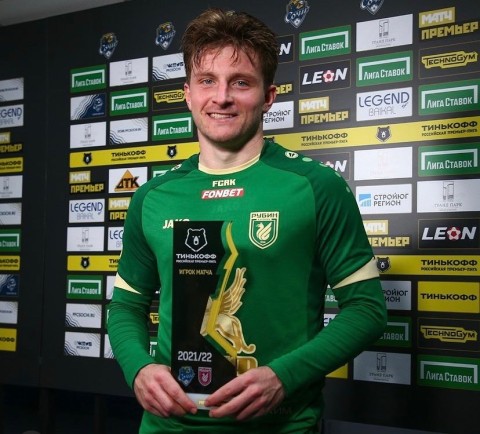 Anders appeared in forty-one games and scored twenty games. This season, he finished as the league's top scorer with 18 goals, helping Esbjerg win promotion to the Superliga. In August 2018, Dreyer moved to Brighton & Hive Albion. He had an injury that kept him away from several games. In January 2019, Dreyer joined St Mirren on loan until the end of the season. Anders scored one goal in his eleven appearances for the club.

In August 2019, Brighton loaned him to SC Heerenveen for a season-long loan. In January 2020, Dreyer moved to FC Midtjylland in his home country and signed a four-and-a-half-year contract with the club. After spending a season with the club, Dreyer signed a five-year contract with Russian club FC Rubin Kazan. He scored a hat-trick and became the first player in the league's history to score three goals.

Anders has represented Denmark in numerous divisions with Alexander Bah and Mohamed Daramy. He earned his first international call in 2014, playing for Denmark U17. Dreyer has twenty-one caps for the U21 team and two goals. In early 2021, The player earned his senior team call and has appeared in two games.

Anders is very much open about his relationship status. Following his timeline photos, we can be sure that Dreyer is dating his longtime girlfriend, Caeclie Louise Jacobi Madsen. 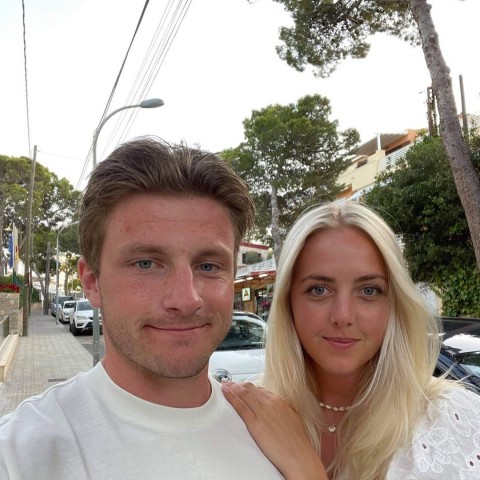 Anders shares a photo with his girlfriend in Mallorca SOURCE: [email protected]

The love birds have been dating each other for some time. Although it's been some time since their relationship, they are yet to get engaged or tie their wedding knot.

Salary, Net Worth and Contracts

Anders Dreyer has an estimated net worth of more than $1 Million. He has earned most of his net worth through his successful football career. Dreyer signed a five-year contract in the Russian premier league with a base salary of £442,000 and a weekly wage of £8,500. Anders is very early in his carer and will be making millions in the future.