Moscow, Russia native, Daria Gavrilova was born on 5th March 1994, under the star sign Pisces. She holds an Australian nationality and is of mixed ethnic background. Introduced to tennis at age 6, Daria is the daughter of Alexey and Natalia. She has a brother Stepan. A 2010 high school graduate, she attended Sports University in Moscow. The twenty-six-year-old athlete stands 1.66 m (5 ft 5 in) tall.

How Much Is Daria Gavrilova's Net Worth In 2021? Prize Money

Daria Gavrilova, a right-handed (two-handed backhand) tennis player has summoned $4,036,866 as prize money from her decade long tennis career. Further, she is sponsored by Asics (Nike) and Yonex. 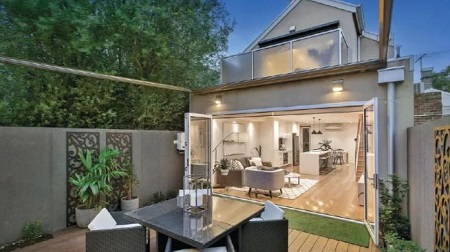 In 2018, she scored a port Melbourne home at auction. While the financial aspect of the fully-renovated Victorian cottage was unrevealed, the real estate had a pre-auction price guide of $1.8- $1.95 million.

Gavrilova and Australian tennis player Luke Saville have been dating since their junior days. Their never-ending love influenced her decision to become an Australian citizen. After sharing time for a long, Saville got down a knee asking to marry him on 6th December 2018. 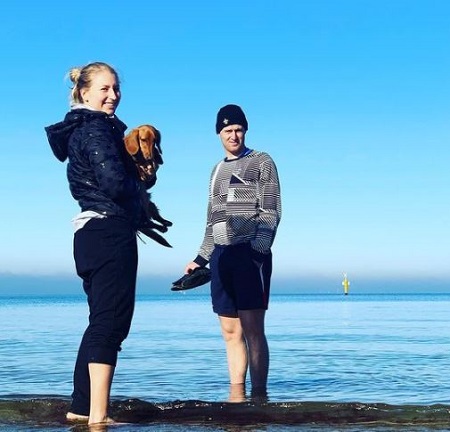 Daria Gavrilova and her husband and their puppy SOURCE: Instagram @ daria_gav

On 28th November 2020, Daria and Luke exchanged vows in Melbourne VIC, Australia. In December 2019, the couple adopted a four-leg baby, Tofu Sausage, who is seen now every here and there on their official IG.

2010 Youth Olympic medalist, won her first double in July 2015 in Istanbul Cup, Turkey, partnering with Ukraine Elina Svitolina. Her second double win came in May 2019 at Internationaux de Strasbourg, France, pairing with Ellen Perez. Regarding WTA Singles, she made her debut in October 2016 at Kremlin Cup and ultimately won the Singles in August 2017 at Connecticut Open, United States.

What's more, Daria won her first ITF Doubles at ITF Chiasso in April 2012, pairing with Irina Khrmacheva and her second title came in July 2014 at ITF Sacramento with Storm Sanders. She has won 4 ITF Circuit Single at ITF Antalya, ITF Bangkok, ITF Burnie, and ITF Launceston, in April 2011, October 2014, and the last two in February 2015 respectively.