Elijah Hughes is an American professional basketball player for the Utah Jazz of the National Basketball Association. Hughes is currently assigned to the Salt Lake City Stars of the NBA G League.

As a high schooler, playing for John F Kennedy Catholic High School, Hughes was named CHSAA Class A most valuable player. During his time at South Kent School in Connecticut, he became teammates with many other NCAA Division I prospects, including Tremont Waters and Myles Powell. 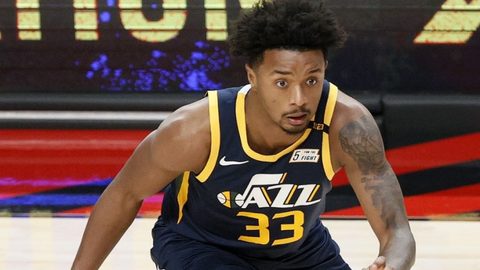 Elijah Hughes was selected with the 39th pick in the second round of the 2020 NBA Draft by the New Orleans Pelicans. SOURCE: Utah Jazz

As a freshman at East Carolina, Hughes averaged 7.8 and 2.3 rebounds in 27 games. After moving to Syracuse Orange, he (as a sophomore) became the team's leading scorer with 13.7 points per game while also averaging 4.3 rebounds, 1.5 assists, and 1.2 steals per game. He was named First Team All ACC (2020) and as a junior, he averaged 19 points and 3.4 assists per game.

Hughes was selected with the 39th pick in round 2 of the 2020 NBA Draft by the New Orleans Pelicans, a draft, which was later traded to the Utah Jazz. On November 24, 2020, the Jazz signed the Poughkeepsie native. A year later on February 15, 2021, he was assigned to the NBA G League for the Salt Lake City Stars.

Analysts state Hughes' salary while being at Salt Lake City Stars under Utah Jazz is set at $1.9million for the season 2021-22. A season before, this was $1.5million. This means the small forward has been pocketing around $125k a month since he arrived at the NBA.  But considering his affiliation with the G League, it's probable the 6 foot 5 small forward could only be making around $500k a year (as per the restructured salary pools for the high school prospects, April 2020). 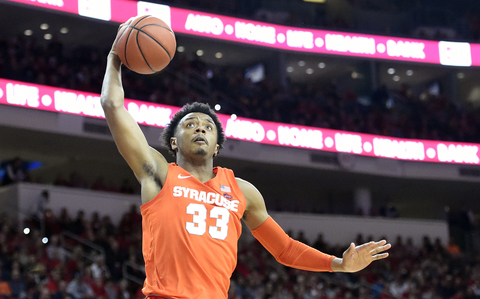 Elijah Hughes was assigned to the Salt Lake City Stars of the NBA G League on February 15, 2021. SOURCE: Utah Jazz

In any case, he very well could be raking in more money than the competition's average pay of $35,000. Additionally, the salary bonus structure in a G league player's contract has been reported of coming up with incentives for completing events and attending a life skills program organized by the League itself, tells ESPN.

Taking from the statistics, Hughes two way contracts along with NBA times and other incentives should be bringing him an income upwards of $400,000. For some players, the figure has risen to as much as $580k. 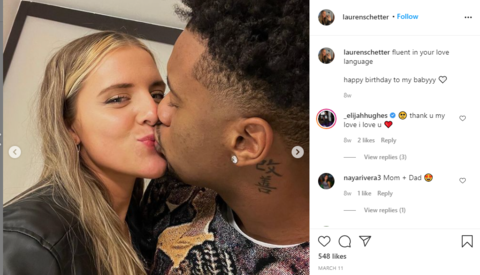 On February 13, 2021, Schetter shared a  picture of herself and Hughes imaging themselves in front of a mirror. The photo depicts Schetter getting cozy on the lap of Jazz's no 33. Whilst sharing the very picture, Schetter wrote, "You make my worries fly away."