First-team All-SEC, Tremont Waters, is an American professional basketball player who currently plays for the Maine Red Claws of the NBA G League. Additionally, he is a player of the team, Boston Celtics of NBA, assigned to play for Maine Red Claws. Further, Waters is drafted by the Boston Celtics in the 2019 NBA draft as a 51st overall pick.

SEC Co-Defensive Player of the Year, Tremont, was born on January 10, 1998, in New Haven, Connecticut, to Ed Waters and Vanessa Waters. Tremont is an American native and belongs to the ethnic group of Africans. Also, Waters was born under the star sign, Capricorn.

In a Relationship With Mercedes Brooks

Neither married nor single, Tremont is currently in a romantic relationship with Mercedes Brooks. Additionally, it seems that the couple just started their relationship.

In particular, Tremont posted the picture along with his girlfriend, Mercedes, for the first time in social media on August 21, 2019, thanking her for being a part of his life. 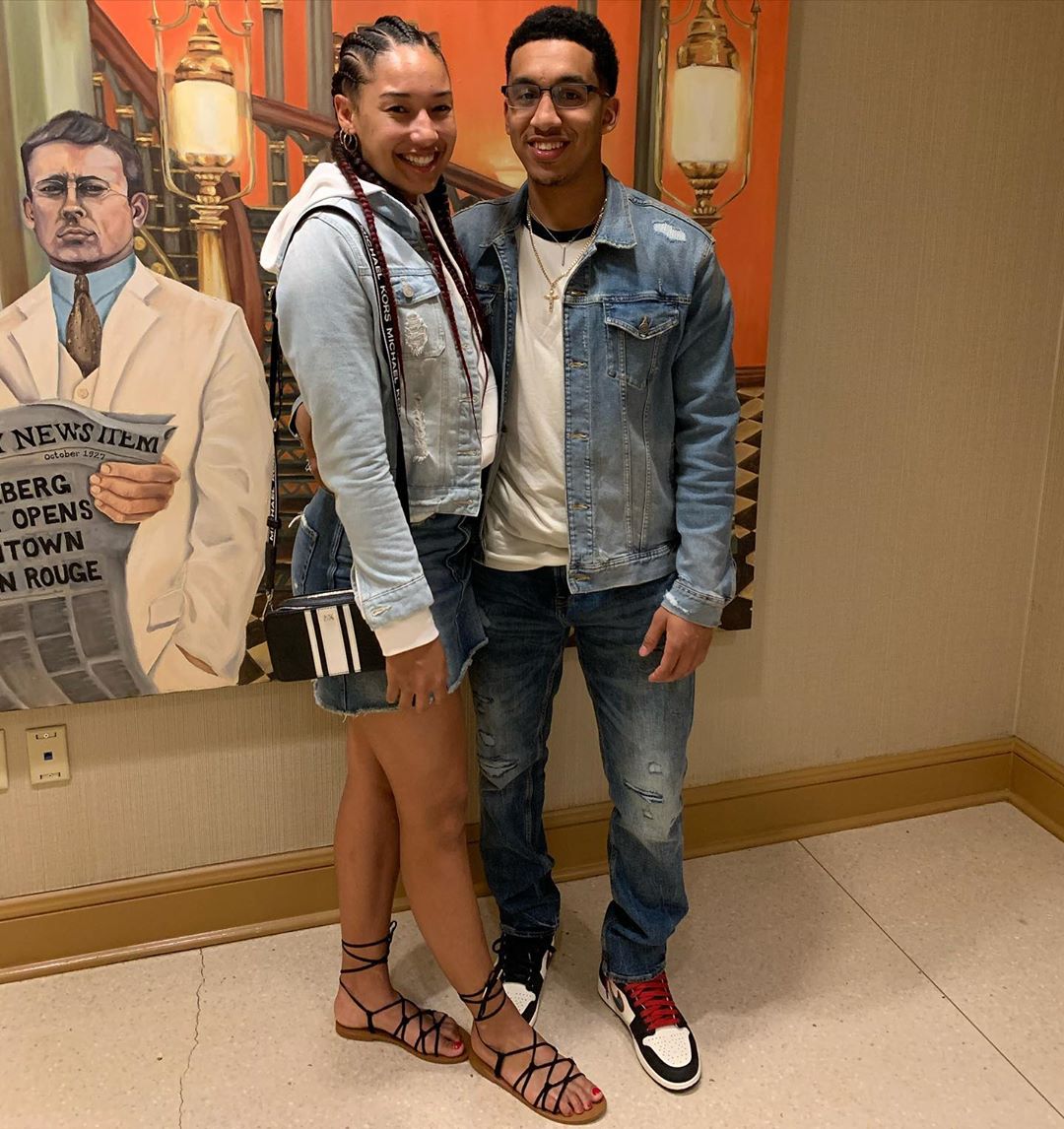 Furthermore, he often goes out on a date with his girl. Most recently, Tremont posted a picture along with his girlfriend, captioning:

"Date day was lovely and blissful with my world @sadiesbrook ! I love you sweetie, time for us to get to work More than prepared! #WAWG #Watersway #denimday"

Who is Mercedes Brooks?

Apart from being Wags of Tremont, Mercedes is also a professional basketball player. As of now, she plays the college-level basketball, representing the team of Louisiana State University. Along with her playing career, she is also a student of  Bachelors of Arts in Sports. 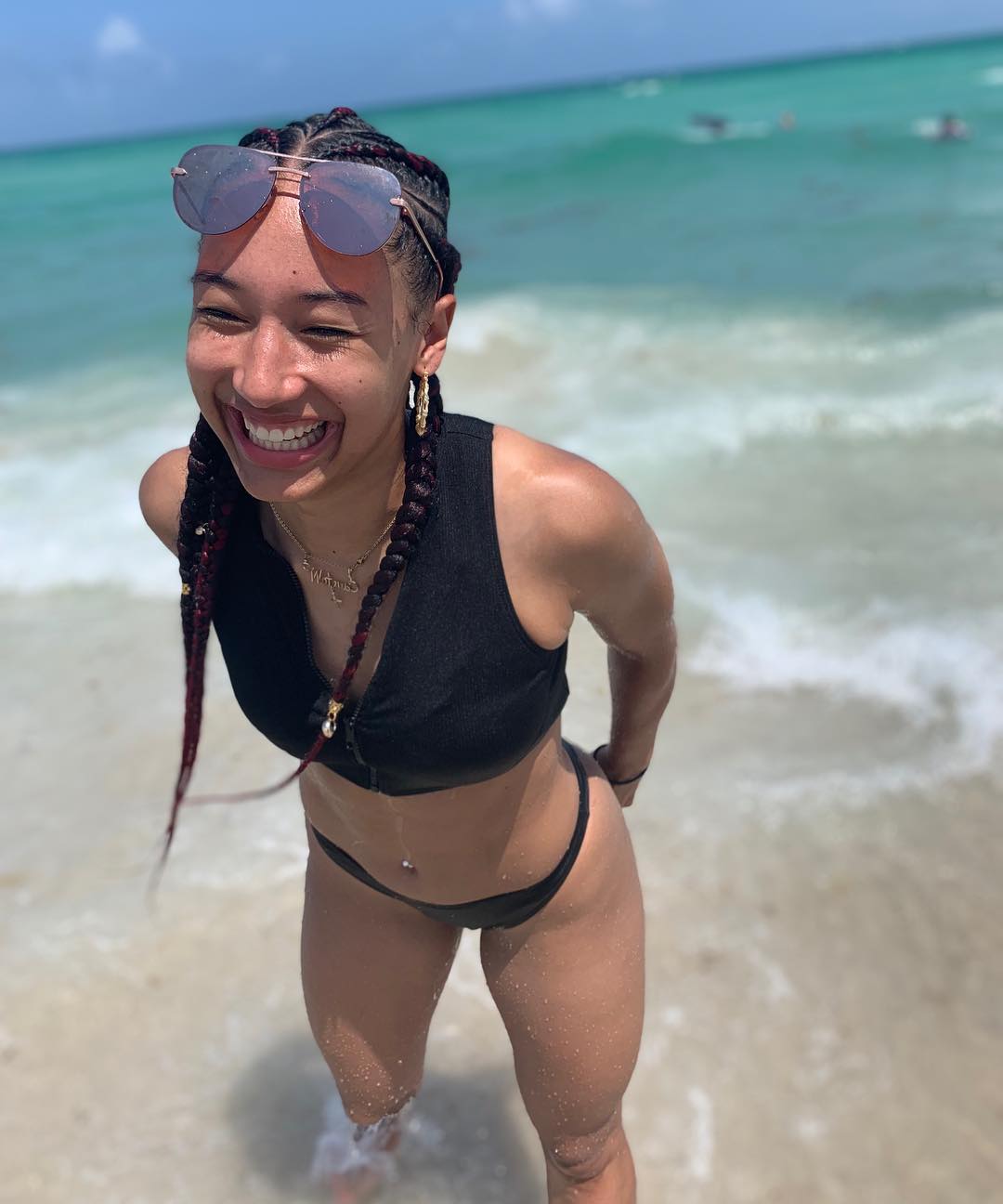 Similar to her boyfreind, Waters, she also an American native who currently resides in Houston, TX. Additionally, she was born on September 24, 1997, as a daughter of Robert and Diann Brooks.

The 21 years old rising athlete just started his professional career. Additionally, he is a player of Boston Celtics who earns $79,568 as an annual average salary.

Currently, he is under a two-way contract with NBA G League's team, Maine Red Claws. Notably, the G League's player is expected to earn around $35,000 as an average annual salary while the players having two-contract can earn as high as $385,000 as a salary.

On the other hand, Tremont is one of the least-paid players of the team, while the players such as Kemba Walker and Gordon Hayward as the highest-earning player of the group, earning as an annual salary of $32,742,000 and $32,700,690 respectively.

Later, he committed to play for Louisiana State University under the head coach Will Wade. Playing for the team of LSU, Waters was honored with the 2017 Gatorade and Register State Player of the Year.

As of 2019, Waters is under a two-way contract with the Maine Red Claws of the NBA G League. Initially, he was assigned by the Boston Celtics of the National Basketball Association (NBA) to play for the team.

Besides, Boston Celtics selected him in the 2019 NBA draft as a 51st overall pick. He was recalled for playing in the NBA by Celtics on November 24, 2019, after an injury to Kemba Walker.