Ekpe Udoh is an American professional Player player who plays in the National Basketball Association (NBA). As of 2018, Ekpedeme Friday Udoh currently plays for the Utah Jazz as their Power Forward/Center. Ekpedeme Udoh has played for other teams like Fenerbahçe, Los Angeles Clippers, Milwaukee Bucks, Bnei Herzliya, and Golden State Warriors.

Ekpedeme Friday Udoh was born on May 20, 1987, in Edmond, Oklahoma to parents Sam Udoh and Alice Udoh. As per his nationality, he is American and belongs to African ethnic group. Further, his star sign is Tauras.  Ekpe Udoh grew up with his three siblings, his brother Eddie Udoh and his two sisters Esther Udoh and Sefon Udoh. 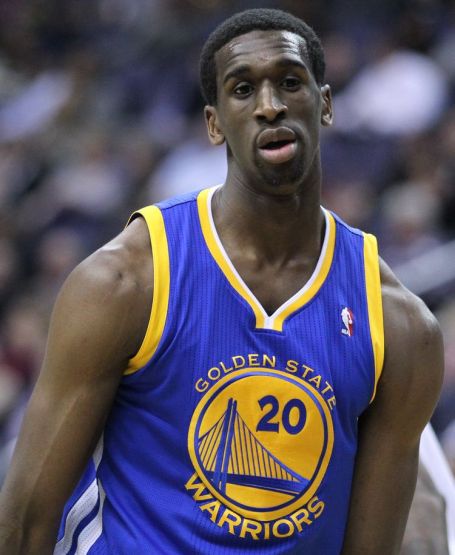 His professional career started in 2010 after he was selected by the Golden State Warriors but he was unable to make his NBA debut due to a wrist injury. After that, he was in Bnei Herzliya in 2011 for the NBA Lockout.

On March 13, 2012, he was traded with Milwaukee Bucks in exchange of players Andrew Bogut and Stephen Jackson.

Ekpe is listed 9th in the payroll in Utah Jazz whereas Rudy Gobert, Derry Favors,  Ricky Rubio,  and Joe Ingles are listed as the four highest-paid players in the Utah Jazz. Rudy Gobert, another player from Utah Jazz believes Ekpe Udoh to be the best defender in the world.

As of 2018, Ekpedeme Friday Udoh has an estimated net worth of over $10 million. He reportedly signed a  contract with Utah Jazz and has an average salary of $3,360,000 annually.

Ekpedeme Friday Udoh so far has made earnings of $21,252,593 from his entire NBA career.

Other than being a famous NBA Power Forward, Center, Ekpedeme Friday Udoh is pretty famous in social media with 159k followers on Instagram and 106k followers on Twitter.

Ekpedeme Friday Udoh seems to be single having no current affairs. There has been no news or reports of him having a committed relationship with anyone.

#Ekpesbookclub SLC Coming to city near you.... Little Fires Everywhere by @pronounced_ing ???

Ekpedeme Friday Udoh helps his local community by starting a book club, also by setting up home camps for different purposes, and also by participating in local events.

The Famous NBA star is 6 ft. 10 inches in height and weighs around 111 Kilograms. He is very good on the Defensive end in the game because of his height. Ekpedeme Friday Udoh is not only a world-class athlete but also is a very attractive individual.