Eddie Kingston is a professional wrestler from America who is currently signed to AEW(All Elite Wrestling). Besides AEW, he has previously played wrestling in various competitions including Chikara, AAW Wrestling, Combat Zone Wrestling, Impact Wrestling, and Ring of Honor. He is a 2 times AAW Heavyweight Championship winner and 1 time ACE Diamond Division Championship.

Along with wrestling, he has also great strength in speaking skills as a wrestler. In 2020, he was ranked as a Top 10 wrestler by Sports Illustrated. Recently, in 2021, he was ranked as No. 75 of the top 500 single wrestlers. Also, he has won CZW Championship numerous times along with other titles.

Who is Eddie Kingston? (Bio and Early Career)

Edward More, famously known as Eddie Kingston was born on December 12, 1981, in Yonkers, New York, US. His other ring names are Eddie Moore, King, and Kingston. His father is Irish while his mother is Puerto Rican. 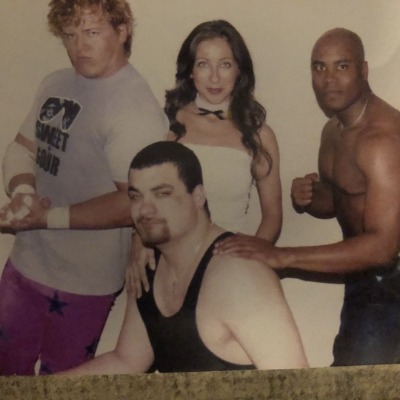 The 2-time AAW Heavyweight Champ got involved in wrestling at the age of 21 on October 12, 2002. He along with BlackJack Marciano and Jigsaw was trained by Kevin Knight. Later he trained at Chikara Wrestle Factory under Mike Quackenbush and Chris Hero.

Net worth and Career Earnings of Eddie Kingston

According to sources, Eddie Kingston has an estimated net worth of $200,000. His most earnings come from participating in different wrestling competitions and other bonuses and incentives.

Though the wrestler has never talked about his salary and earnings in public, it is estimated that he has earned a pretty good sum of money and had made a living by just wrestling.

Who is Eddie Kingston dating?

According to sources, there is a rumor that Eddie Kingston is in a committed relationship with a girl which is still a mystery in public. He has never talked about his love in the public and has been very successful in keeping his dating life away from social media.

Read about:- Who is Bobby Fish dating? His Past Marriage and Wife? 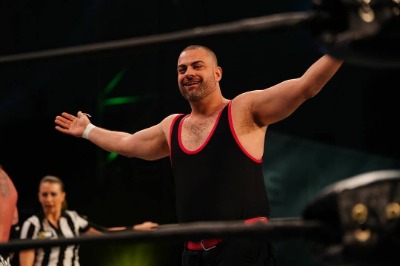 Once in an interview, he mentioned that his girlfriend motivates him to continue fighting. He said,

"I think about my mom and dad and stuff like that. Just weird things like that go through my head when I'm like, 'Okay, I'll get up.' You know, and my girlfriend motivates me. For the first time in my life. A girlfriend motivates me. It's so weird. It's a whole new world for me. I look at her. I'll just say this. I look at her all the time. And I go 'Why? you can do so much better."

We extracted his Instagram which has more than 132,000 followers, but we couldn't find any information regarding his girlfriend.