Dylan McKalob Cole better known as Dylan Cole is an American football linebacker who is currently signed to the Houston Texans of the National Football League (NFL). The team signed him as a undrafted free agent in 2017 after going undrafted in the 2017 NFL Draft.

Springfield, Missouri native, Dylan Cole was born on May 19, 1994, under the star sign Taurus. 6 ft 0 in holds an American nationality and is of Afro-American ethnicity.

Dylan Cole, 25, is currently in a relationship with his long-time girlfriend, Nina Privitera. The couple met at the University of Missouri where Cole was a popular football star while Privitera was a professional swimmer for the college team.

Initially, the two became friends which eventually bloomed out to a romantic relationship. As reported the two started dating in 2016. 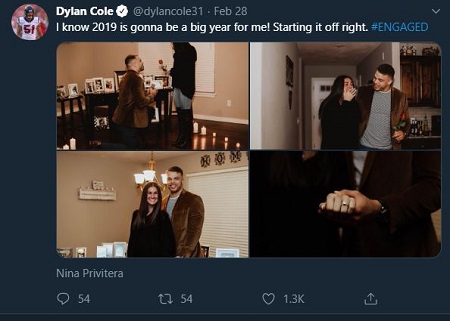 On 9th February 2019, No. 51 – Houston Texans Inside linebacker proposed Privitera to marry him. Matter of fact, Cole is inactive on Instagram but active on Twitter via which he shared engagement news. 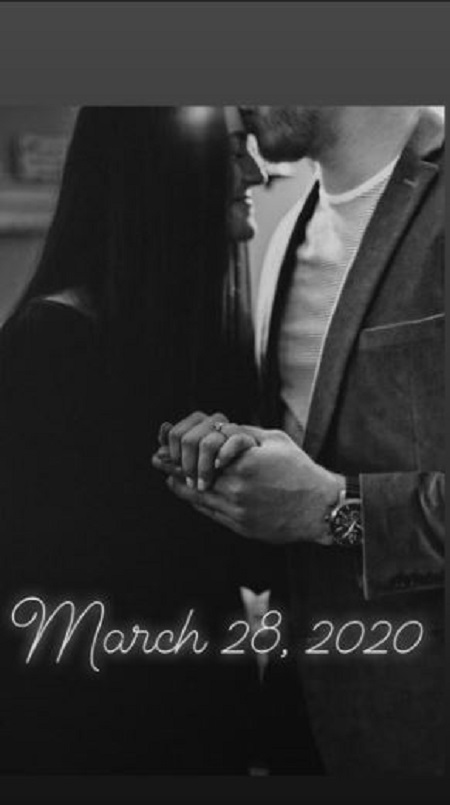 The couple is getting married on 28th March 2020 SOURCE: Instagram @nina_privitera

His fiancee, Privitera is a HIIT instructor at Empower Fitness Lab. Further, she often posts pictures with her beau. On top of that, on her highlight section of her Instagram has many more things to offer their fans.

On May 12, 2017, Cole was signed by the Houston Texans as an undrafted free agent. In his debut season, he recorded his first NFL interception and returned it for a touchdown as well as career first sack in a 57-14 home win over the Tennessee Titans.

On October 15, 2017, he recorded his career second interception in the game against the Cleveland Browns. However, he injured his hamstring in the process of making the interception and had to be carried off the field.

The following season, he was placed on injured reserve following his wrist injury in Week 3 against the New York Giants. He came back to the game on November 27, 2018.