2011 Ted Hendricks Award-winning football outside linebacker, Whitney Mercilus is currently signed to the Houston Texans of the National Football League (NFL). The hunk was picked by the Texans in the first round of the 2012 NFL Draft, following his college football career at the University of Illinois.

Akron, Ohio native, Whitney Mercilus was born on July 21, 1990, under the star sign Cancer. He holds an American nationality and is of Haitian descent.

No. 59 – Houston Texans' Outside linebacker has an estimated net worth over $20 million as of 2019. His income is hugely influenced by his NFL career as well as some from sponsorships.

Eight seasons in NFL has benefited hugely Whitney Mercilus in a monetary term.

Further, he is sponsored by Hamilton Shirts, Penny Luck, and purely_elizabeth.

He is the founder of the WithMerci Foundation which provides advocate services and support to families of children with disabilities and special needs. 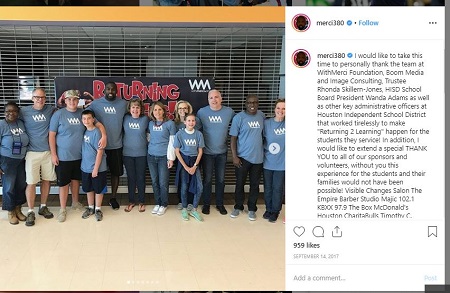 To date, Mercilus and the WithMerci Foundation has donated over $325,000.

Whitney Mercilus is currently in a relationship with his long-time girlfriend, Channing Grigsby.

His bae, Grigsby is Santa Monica, California who was born on June 29, 1988, as one of three children to Daniel and Karen Grigsby. Upon graduation from Brentwood High School in L.A., she enrolled at Rice University, where she played for the Rice Owls volleyball team. 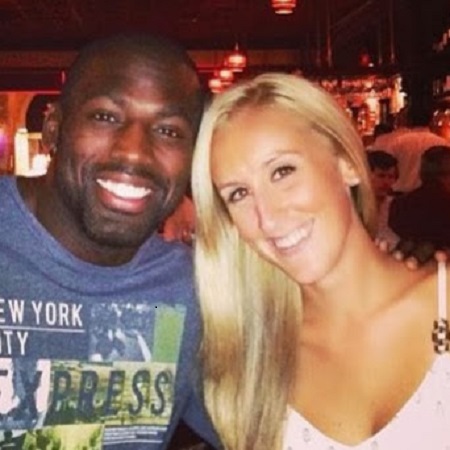 His bae, Grigsby is Santa Monica, California who was born on June 29, 1988, as one of three children to Daniel and Karen Grigsby. Upon graduation from Brentwood High School in L.A., she enrolled at Rice University, where she played for the Rice Owls volleyball team.

Later, she worked in sales and marketing for The Carrie Potter Group; after that, she joined Privileged Pets and Merrill Lynch subsequently.

However, it's been a long time that the duo has not made any public apperance or surfaced on each other's socials.

Mercilus was birthed to Haitian parents, Wilner and Yvrose Mercilus. He has two siblings, Glory and Donald.

Upon graduation, he attended the University of Illinois where he played for the Illinois Fighting Illini football team coached by Ron Zook. His junior season turned out to be his breakthrough season in the college where he was a first-team All-Big Ten selection by both the coaches and media. That same season, he won CFPA Defensive Performer of the Year, Ted Hendricks Award, Bill Willis Award, and a unanimous first-team All-American.

On January 3, 2012, he declared to forgo his remaining eligibility and enter the 2012 NFL Draft.

In the 2012 NFL Draft, Mercilus was selected by the Houston Texans in the first round (26th overall). In the Houston Texans’ season-opening, he made his professional regular-season debut in a 30–10 victory over the Miami Dolphins.

The following season, he started in all 16 games in 2013 and recorded 47 combined tackles and seven sacks. On May 4, 2015, Mercilus signed a 4-year extension contract with the team. His famous teammate includes Joe Webb and AJ McCarron.