Basketball-player-turned-coach, Dwayne Killing currently stands as the 16th head coach for the Albany Great Danes men's basketball team. As a player, he was a walk-on player at UMass and later transferred to Hampton University for his final two years of college. After being undrafted in the 2003 NBA Draft, Dwayne began his coaching career starting with Charlotte Hornets.

Hails from Amherst, Massachusetts, Dwayne Killings was born on 4th April 1981, under the star sign Aries. The thirty-nine years old holds an American nationality and is of Afro-American ethnic background.

How Much Is Dwayne Killing's Net Worth In 2021?

Dwayne has recently signed the contract with Albany Great Danes men's basketball team but the financial deals such as base salary and the bonus are yet to reveal. According to the source, the average salary of a college basketball coach is $0.5 million. Hence, Killings is expected to make no less than the six-digit figure per annum. John Calipari, Mike Krzyzewski, and Jay Wright are the college basketball highest-paid coach.

As of 2021, it's been almost 19 years that Killings is active in the basketball coaching field. Analyzing his work experience, his net worth is roughly$1 million.

Albany Great Danes' 16th head coach, Dwayne Killings has managed his personal life prefers his personal life away from the limelight. Though he mentions his wife Ana and their children: 6-year-old baby girl Alecia and 3-year-old son Tristan in his interviews, he has not shared much information about his family in the media.

Additionally, both Mr. and Mrs. Killings are nowhere to be found on Instagram. Though low-key, the Killings family is living a blissful life.

Right after graduation from college, Killings pursued his career in the coaching field, becoming the staff of the NBA's Charlotte Bobcats as a special assistant and video coordinator in 2003. Later three years, he was hired as the assistant director of basketball operators at Temple. After that, he worked a season in the NBA D-League monitoring player development and progress. 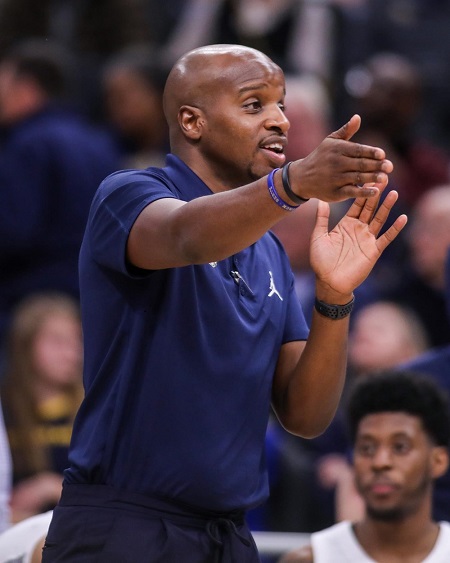 In 2016, Killings became the assistant coach at Connecticut, but, he was let go by the college team after the firing of head coach Kevin Ollie in March 2018. Subsequently, he had a stint at Marquette as an assistant coach.