Drew Dober was born Andrew Martin Dober on October 19, 1988, in Omaha, Nebraska, United States. He is American by nationality and belongs to a white ethnic background. At the age of 14, he became a two-time Amateur World Champion. He also wrestled during high school.

On April 29, 2010, Drew Dober faced Nick Nolte at Bellator 16 and won the fight via arm-triangle choke submission in the first round. After competing at Bellator, he landed his steps at Independent promotions and then appeared on The Ultimate Fighter. In February 2012, on The Ultimate Fighter 15, Daron Cruickshank defeated him in the entry round via unanimous decision.

On Dec 10, 2016, his fight was against Oliver Aubin-Mercier and lost the match via submission in the third round. After that, he defeated Josh Burkman, Frank Camacho, Jon Tuck but lost to Beneil Dariush at UFC Fight Night: Lewis vs. dos Santos. He again had 3 winning streaks against Marco Polo Reyes, Nasrat Haqparast, and Alexander Hernandez. Dober is scheduled to face Islam Makhachev on March 6, 2021, at UFC 259.

He has a record of 24 wins in 36 matches. His wins include ten by knockouts, six by submissions, and seven were by decision.

Personal life & Affair; Who is his Girlfriend

Currently, Drew Dober is engaged to his girlfriend Hollis Casey. The couple has been dating each other for about three years now. Drew and his girlfriend got engaged in November 2020. The MMA Fighter revealed the news of their engagement through an Instagram post where he wrote: "It's been a crazy year but It's been one of the best years of my life. She said YES". 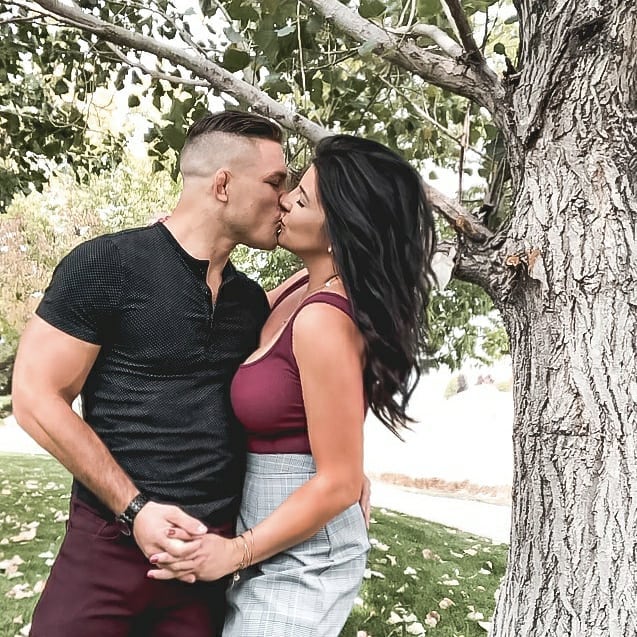 Previously, he was a married man but is divorced now. The name of his ex-wife is Gloria Hein. The couple got married after having an affair for several years in a private ceremony and only his close relatives attended the event. He has not specified the exact date of his marriage. The couple had a happy marital life, however, they divorced due to some reason in 2018.

His former wife Gloria is the sister of UFc fighter Nick Hein, who defeated Drw in his debut fight in 2014. He met his former spouse at Hein's after-party and started dating her sometime later.

Drew Dober has attracted many people by his outstanding performance in the ring. He has won several achievements in his career that made him one of the professional mixed martial artists of this time.

Dober has a pleasant personality. He stands 5 feet 8 inches tall and weighs 70 kg. He is available on Twitter and Instagram.