He is also known by the name The Crank.

Frank Camacho's Net Worth and Endorsement in 2019

Though, the renowned fighter has not disclosed his exact figure of net worth, looking at his career Camacho’s net worth is no less than six digit figure. 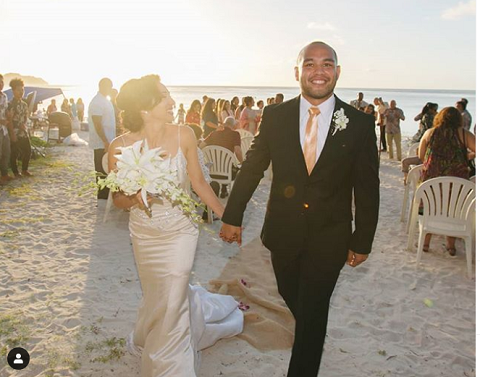 He is living a blissful married life with his gorgeous wife, Sarah Filush with whom he tied the knot back on 5th March 2017. 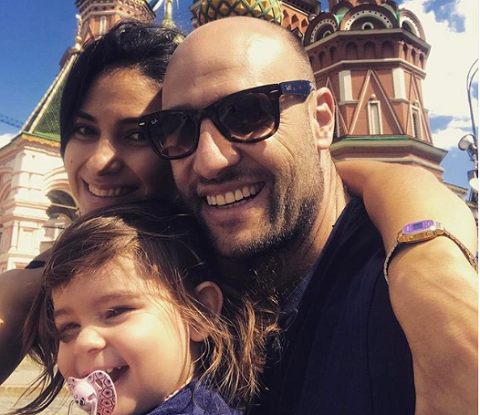 CAPTION: Frank Camacho with his spouse and children SOURCE: Instagram

The duo not only is a lover, but also a proud parent. On 28th February 2018, Camacho announced the pair is expecting their second baby via Instagram. As of now, they have two sons.

A native of  Guam, Camacho was born on 6th September 1988. His birth sign is Virgo. Regarding his nationality, he holds Guamania nationality and belongs to white ethnicity.

At a young age, Camacho began playing golf in hope to compete professionally someday. Nonetheless, he attracted towards to mixed martial arts, to shack some weight and get in shape, after watching Pride Fighting Championship and UFC events on TV.

When he turned fifteen, Camacho started off training MMA under the supervision of Cuki Alvarez and Tetsuji at Trench tech Purebred at Saipan. The following year, he competes in his first professional fight.

Before joining UFC, Camacho recorded 20-4 while fighting most of his fight in the Pacific Rim Island notably on Saipan, Guam, Mangilo, and Northern Mariana Island under the promotions including Trench Warz, Pacific X-Treme Combat, and Rites of passage.

In 2012, Camacho joined Theltimate Fighter: Team Carwin vs. Team Nelson where he faced Neil Magny. He lost the fight in the round first via unanimous decision as well as eliminated from the completions.

On 17th June 2017, Camacho made his UFC debut against Li Jingliang, replacing injured Jonathan Meunier at UFC Fight Night: Holm vs. Correia. He lost his first UFC fight via unanimous but earned UFC’s Fight of the Night bonus award.

His second fight came against Damien Brown in a lightweight bout on 19th November, at UFC Fight Night: Werdum vs. Tybura. He won the fight via split decision.

On 27th January 2018, he made his appearance against Drew Bober at UFC on Fox: Jacare vs. Brunson 2 where he got defeated via unanimous decision. Despite the loss, he earned Fight of the Night bonus and became one of five fighters in UFC history to have back to back Fight of the Night award.

On September 8, 2018, he was defeated by Geoff Neal at UFC 228. Further, he faced Nick Hein at UFC Fight Night: Gustafsson vs. Smith. He won the fight via TKO.