Dominik Mysterio is a professional wrestler from America who is currently signed to WWE. He has been wrestling for more than 2 years on the Raw Brand. Mostly known by the son of legendary Rey Mysterio, he has been able to create his own image in WWE. In 2021, Pro Wrestling Illustrated ranked him as the 147th best wrestler in the PWI 500.

He is a 1 time WWE SmackDown Tag Team Championship along with his father Rey Mysterio. Also, he won the Tag Team of the Half-Year with the same partner, his father. In 2021, he was named the Rookie of the Year by Illustrated. Although he started wrestling professionally in 2020, he made his first appearance in WWE in 2003 with his father on several occasions.

Dominik's Bio; Is he the son of Rey Mysterio?

Dominik Gutierrez was born on April 5, 1997, in San Diego, United States. According to astrologers, his horoscope is Aries. His mother's name is Angie Gutierrez and his father's name is Oscar Gutierrez, famously known by the ring name Rey Mysterio.

Rey Mysterio is also a professional wrestler who is currently signed to WWE and has been wrestling for more than 3 decades. 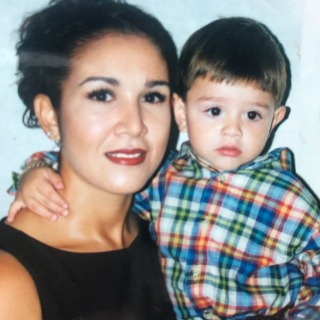 Dominik grew up with his parents and a younger sister named Aalyah in San Diego. Aalyah was born on August 21, 2001. His one grandfather Rey Mysterio Sr. and uncle El Hijo de Rey Mysterio are also wrestlers.

Coming from a wrestling family, the 2021 Tag Team of the Half-Year winner was greatly influenced by his father's wrestling legacy. He was brought into the WWE scene as a reason for the feud between Rey Mysterio and Eddie Guerrero. After 16 years of his first appearance, he made his debut in WWE in 2019-20.

How tall is Dominik?

How much is Dominik paid in WWE? Salary and Net  worth as of 2021

In programs like WWE, besides winning, fame also matters in how much an athlete is being paid.  A similar case is with Dominik, he has been involved in WWE since his early days and has fame as Rey Mysterio's son. This is surely helping him to be paid more than a wrestler who has the same experience as Dominik. 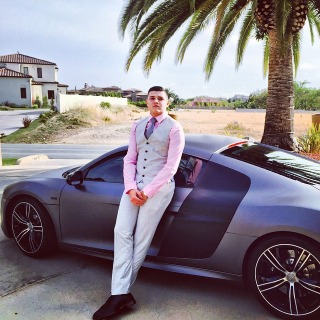 Read also:- Net Worth, Earning and Salary of Hangman Page

So how much is Dominik paid in 2021? As per reports, he is estimated to be paid around $100,000 per year. Also, he earns from bonuses, incentives and PPV.

Who is Dominik Dating? Know About His Girlfriend and Relationship Status 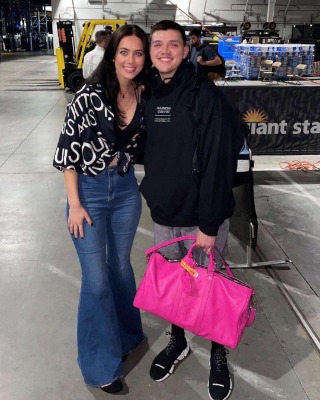 Read:- Who is Kyle Connor dating?

Recently, on November 10, the 2020 Rookie of the Year wished his girlfriend a happy 10 year anniversary. So it means, the couple met for the first time on November 9, 2011.

"Happy 10 year anniversary, I am beyond blessed to have you by my side. Thank you for all that you do and for all that you have done for me over the last decade. I can’t wait to see what our future holds. Love you beautiful! "

The couple is open about their relationship and often shares photos with each other.