Newport Beach native DJ Rodman is a college basketball player who plays for the Washington State Cougars of the Pac-12 Conference. Besides, Rodman plays as a small forward. In his high school career, Rodman was a part of multiple teams, including the Corona del Mar High School in Newport Beach, California.

Apart from being famous for his own career, Rodman is also recognized as the son of Hall of Fame basketball player Dennis Rodman. Not to mention, Rodman comes from athletic family background, as his sister is also a professional soccer player.

Dennis Thayne Rodman Jr. was born to his loving parents, Dennis Rodman (father) and Michelle Moyer (mother), on April 25, 2001. As said earlier, Rodman has an athletic family background, and he is not only the child of his parents. 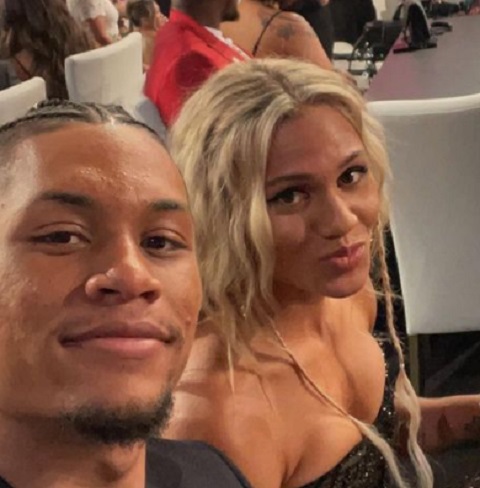 Rodman's sister, Trinity Rodman, is an American professional soccer player who plays for Washington Spirit of the National Women's Soccer League (NWSL). Likewise, she is a player for the United States women's national soccer team. And his other sister is Alexis Rodman.

Besides, Rodman holds an American nationality, and he spent his early days in his hometown, Newport Beach, California.

After his sophomore year, he transferred to JSerra Catholic High School in San Juan Capistrano, California. In May 2019, he committed to play college basketball for Washington State. In his freshman season at Washington State, he appeared in 26 games; and averaged 1.7 points and 1.9 rebounds in 11.9 minutes per game.

How Much Is DJ Rodman's Net Worth?

DJ Rodman has amassed a decent fortune from his profession as a basketball player. According to Playersbio, Rodman is estimated to have a net worth of around $100k to $150k. At the time of this post, Rodman is yet to be a professional player, but in the future, his income will surely increase. 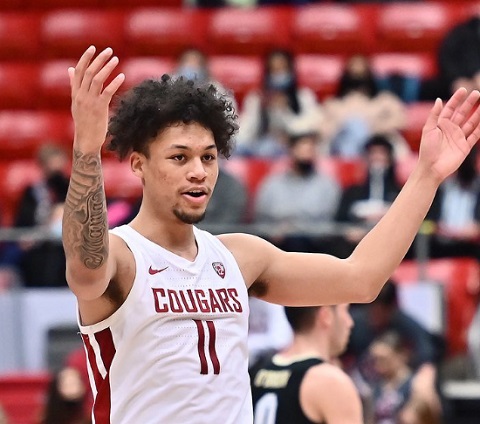 Being a basketball player, Rodman may also receive some cash from brand endorsement. Apart from that, his father, Dennis Rodman, has also preserved a decent net worth and which is reported to be around $500,000, thanks to his long-term career as a professional basketball player.

Does Rodman Have a Girlfriend?

Well, Rodman is not in a relationship with anyone, and he does not have a girlfriend. Some unverified source says that Rodman is currently dating a lady named Megan Sullivan, but the basketball player has not shared any info regarding it.

So, we can't give many details about his love life. So, just like Trevor Keels and Armoni Brooks, Rodman is also a private guy who keeps his personal life far from people's eyes. Meanwhile, Rodman uses Instagram under the username @dj_rodman, from where Rodman shares updates of his professional life. His Instagram photo shows that Rodman is a family guy who loves spending time with his family members during his free time.