Trinity Rodman is the daughter of NBA Veteran Dennis Rodman who wants to pave her own path in sport outside her father’s stardom. She has been picked by Washington Spirit with the second overall selection in the 2021 National Women's Soccer League (NWSL) draft. Initially she intended to play as a forward for Washington State University but turn pro instead due to the COVID-19 pandemic.

Here is everything you need to know about Trinity Rodman. SCROLL DOWN!!

Who doesn't know Dennis Rodman? For almost three decades, he has been the center of attraction for cross-dressing hijinks, high-profile girlfriends, and not to mention his unlikely friendship with North Korean dictator Kim Jong-un.

5× NBA champion has spent 14 years as a forward in the NBA, playing for the Detroit Pistons, San Antonio Spurs, Chicago Bulls, Los Angeles Lakers, and Dallas Mavericks. In April 2011, his Pistons jersey was retired and he was inducted into the Basketball Hall of Fame. 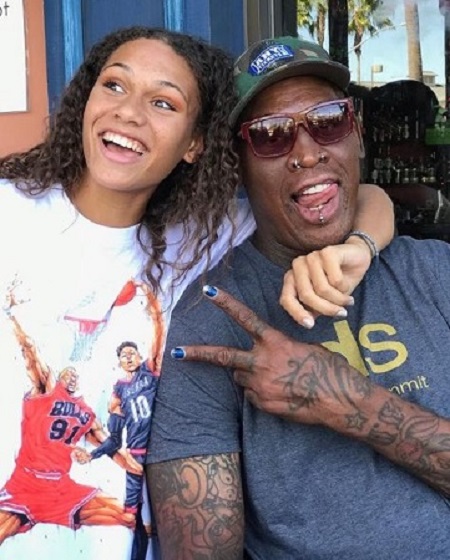 Moving to the personal side, Trinity Rodman is Dennis's youngest child and his second with ex-wife Michelle Moyer. His brother, Dennis Rodman Jr. is a basketball forward at Washington State University.

Trinity has a step-sister, Alexis Rodman from his father's first marriage with Annie Bakes.

Scrolling through Rodman's IG, she often features lovey-dovey pictures with Riley Majano, a Saddleback College Catcher. It comes to known that, the duo is high school sweethearts. Even they went prom night together: Riley in a white shirt and black suit while Rodman flaunted in blue body cone. 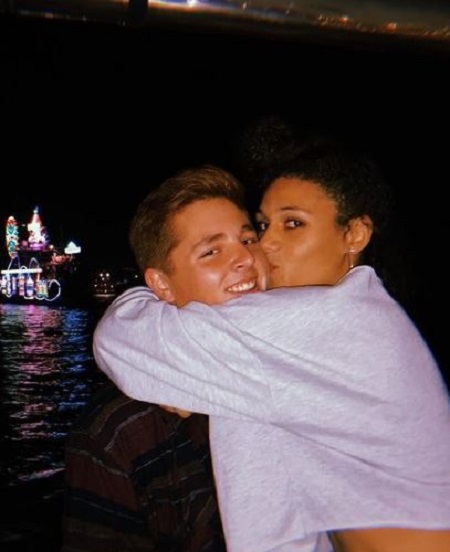 On this valentine, Trinity wished her man with a long adorable caption on IG. It reads, "Happy Valentine’s Day to my best friend my rock, my partner in crime, and my world. Thanks for making me smile every day and not making life a routine with you, it feels new and exciting every-time I’m with you. You still give me butterflies when you look at me. Can’t wait for all the years to come with you. I love you bubs."

Turned Pro Before Playing A Minute Of College Soccer

A graduate of Jserra High School, Trinity played in the 2020 CONCACAF Women’s Under-20 and led Team USA to win against Mexico, 4-1. She scored two goals in the game. Earlier, she was one of the four youngest players selected for the 2018 U-17 World Cup.

She chose to play collegiate soccer at Washington State but this past fall was canceled because of the coronavirus pandemic. Hence, she decided to enter the draft. She explored European opportunities as well but plans to sign with the Spirit. Rodman is the latest player from the U.S. U-20 program drafted by the Spirit in the past few years. Trinity said she played many sports growing up, but soccer was her favorite.

Trinity Rodman is currently under a contract with Washington Spirt. According to the source, the 2021 NWSL Salary Cap is $650,000. As a matter of fact, she just turned pro and yet to make a lot of money through her career. As of 2021, her net worth is under review.

On the other hand, Trinity's dad, Dennis has an estimated net worth of $500 Thousand in 2021. During his time in Chicago, his earning power peaked at $9 million per annum. Reportedly, he took home just over $27.5 million during his time in the association.