Armoni Brooks, born Armoni Daetrell Brooks, is a professional American basketball player who is signed to the Raptors of the National Basketball Association (NBA). Besides that, Brooks played college basketball for the Houston Cougars. The 24-years aged shooting guard has played for various clubs before coming to the Toronto Raptors.

Armoni Brooks is a renowned NBA player who has played for the Washington Wizards and the Houston Rockets. It's been a long time since his involvement in this field. Playing for various teams, Brooks has gained not only fame but also a great experience. His basketball career started when he played high school basketball for McNeil High School in Austin, Texas.

Age: Does Brooks Have A Brother?

Armoni Daetrell Brooks was born in Waco, Texas, the US, on June 5, 1998. As of 2022, Brooks is 24 years old. Besides, he was raised by his parents, Anganika and Delvin Brooks, together with his brother named, Jaelyn Brooks. On May 11, 2020, Brooks shared a photo with his parents and his brother on the occasion of Mother's Day. 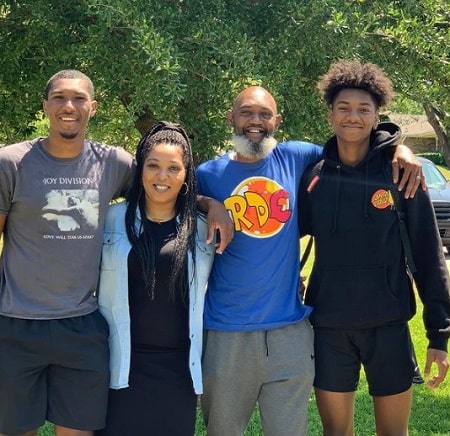 His brother is also a basketball player. He is available on Instagram as @thejaelynbrooks, from where he gives some updates regarding his games and personal life. Not to mention, Armoni is the eldest child of his parents. So, it can be said that Jaylen got influenced by his big brother to get involved in this field.

Details On His College Career

Starting with his early career, Brooks attended McNeil High School in Austin, Texas, where he played basketball. After that, he got offers from various teams, including Kansas State, Creighton, Tulsa and Nebraska, but he chose to be at the University of Houston. So, he came to the Houston team to play for the Houston Cougars men's basketball team under head coach Kelvin Sampson.

He also played for AAU's THP Elite for Head Coach Tim Farley, and as a senior in the 2015-16 season, he scored 30 points to lead all players in Central Texas All-Star Game. Similarly, he was named to the All-AAC Second Team and All-AAC Tournament Team. Furthermore, the 6 feet 3 inches player was announced for the 2019 NBA draft and lost his final year of eligibility for college basketball. Not to mention, his shooting ability was considered his best asset.

Beginning On His Professional Career

After being undrafted in the 2019 NBA draft,e he played with the Washington Wizards in the 2019 NBA Summer League. Furthermore, he signed a contract with the Atlanta Hawks in August 2019. However, he was waived on October 18. Meanwhile, Brooks was later rostered on the Hawks' NBA G League companion, the College Park Skyhawks.

He got into the people's eyes on January 24, 2020, when he scored a career-high 38 points in the match against the Lakeland Magic. Four days later, in that game, he scored 32 points versus the Rio Grande Valley Vipers. Throughout the season, Brooks averaged 10.7 points and 3.4 rebounds for the Skyhawks. 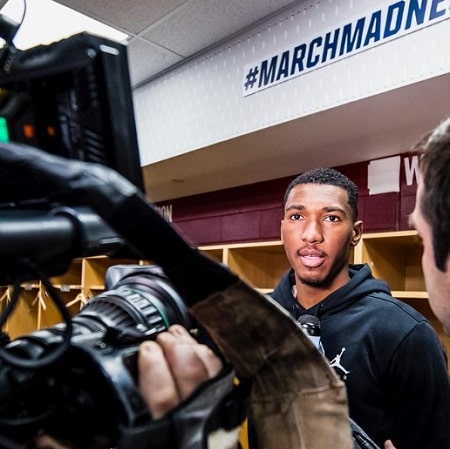 Moreover, he signed a contract with the Saskatchewan Rattlers of the Canadian Elite Basketball League on April 20, 2020. Unfortunately, Brooks did not play a single match for the Rattlers, as he sat out the season due to the COVID-19 pandemic. And he was drafted by the Rio Grande Valley Vipers in the first round of the NBA G League draft on January 11, 2021. He did well on the team, and in 15 games during the G League hub season, Brooks averaged 16.8 points, 3.7 rebounds, 3.0 assists, and 1.07 steals.

Likewise, he got a chance to play for the Houston Rockets when he got signed with them on April 3, 2021. The professional shooting guard scored a career-high 24 points in a May 12 loss to the Los Angeles Lakers. After his contract expired, he chose to be at the same club and re-signed with the Rockets on a four-year contract on August 27, 2021. And on February 10, 2022, he was waived.

Armoni Brooks Salary and Net Worth In 2022

The young and talented player makes a good sum of money from his profession as a professional basketball. Currently, he plays for the Toronto Raptors of the National Basketball Association (NBA). According to Hoops Hype, his salary is $1,739,065. And the same report has said that only $50,00 is guaranteed in 2022/23. 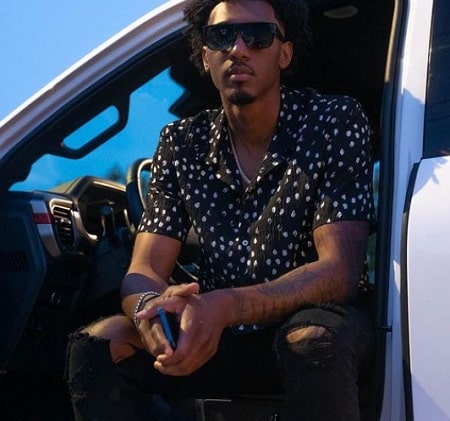 So, from this, it becomes clear that Brooks is making a good sum of money, and his net worth can be speculated to be around $1 million to $5 million. Apart from that, he is also the owner of Moral Society Apparel. It is a clothing brand. So, from his business, Brooks might take home a fair profit.

You May Read: Kyle Kuzma

The handsome player, Brooks, is currently single, and he does not have a girlfriend or a wife. It seems like he has been living a solitary life for a long time as none of the verified sources have mentioned many details regarding his affairs.

Not only that, but Brooks has also kept the details secret as he does not like to share them with the media and get involved in controversies. From this, it becomes clear that Brooks is very secretive and prefers to keep his life confidential.

Meanwhile, we can get every detail of his ongoing lifestyle by following him on Instagram, where Brooks is verified as @snipabrooks. He has gained over 34k followers at the time of this writing.