As a Shooting guard / Small forward, DeVaughn Akoon-Purcell reportedly earns around $77,250 as his yearly salary from Denver Nuggets.

As per his nationality, he is Trinidad and Tobago and American and belongs to Black ethnic group. Further, his star sign is Gemini.  Moreover, the details about his siblings are not available yet.

In August 2016, DeVaughn Akoon-Purcell signed a one-year agreement with the Basketligaen Bakken Bears and the FIBA Europe Cup. He led the team to win Basketligaen championship in his first season.

Later, He reached the semi-finals of the FIBA Europe Cup during his second season with the Bears and won the Basketligaen Championship. 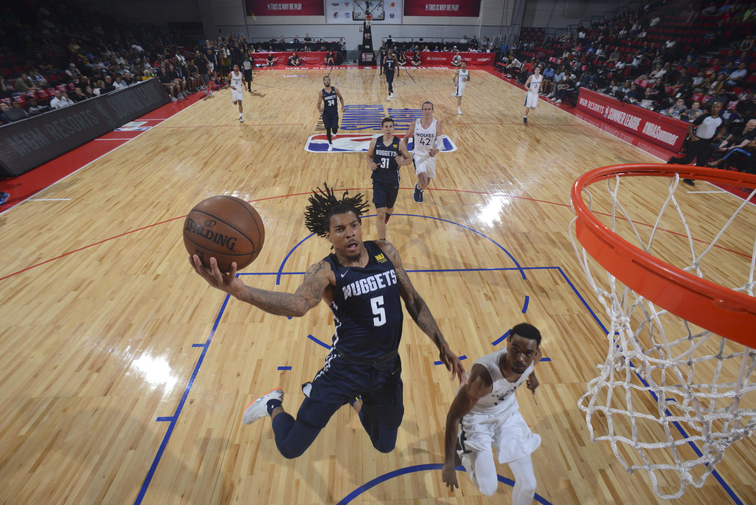 DeVaughn Akoon-Purcell Net Worth And Salary

As of 2018, He reportedly has signed a two-way contract with Denver Nuggets. Further, the NBA player has an average salary of $77,250 annually.

He is one of the lowest paid players of Denver Nuggets, having a salary less than Jarred Vanderbilt by $761,214 USD.

Other than being a famous NBA Shooting guard / Small forward, DeVaughn Akoon-Purcell is pretty famous in social media.

The Famous NBA star is 6 ft 6 in height and weighs around 91 kg. DeVaughn Akoon-Purcell is not only a world-class athlete but also has a very attractive individual.

The 25-year-old NBA star seems to focus on his basketball careers and there are currently no rumors about his likely girlfriend or wife.