The former quarterback, Alex Smith has an estimated net worth of over $50 million. As per his marital status, he is married to his beautiful wife Elizabeth Barry. On 19th April 2021, he announced his retirement from football.

Alex Smith was born on May 7, 1984, in Bremerton, Washington to parents Douglas D. Smith and Pam Smith. As per his nationality, he is American and belongs to the White ethnic group. Further, his star sign is Taurus. He grew up along with his siblings,  a brother, Josh, and two sisters, Abbey and MacKenzie.

He played college football for the Utah Utes, wherein in 2004 he was named Mountain West Conference Player of the Year and led Utah to a victory in the 2005 Fiesta Bowl, finishing in the national top five.

Contracts and earnings including bonus and incentives:

Additionally, according to Forbes, he stood 20th among the list of The World's Highest-Paid Athletes 2018 While Floyd Mayweather was the highest-paid that year.

During his peak, Alex Smith earned a good amount of money from various sponsorships. He reportedly earned over $1 million per annum from endorsement deals. His major deals include Nike and Advocare.

Exploring his personal life, he is a married man and currently living with his lovely wife Elizabeth Barry. The couple tied a knot in 2009, however, further details about their wedding are not available in the media yet.

Additionally, his wife Barry is a former Oakland Raiders cheerleader.

The couple has three children together named Hudson, Hayes, and Sloane. Their youngest child, a daughter Sloane was born on February 4th of 2016. 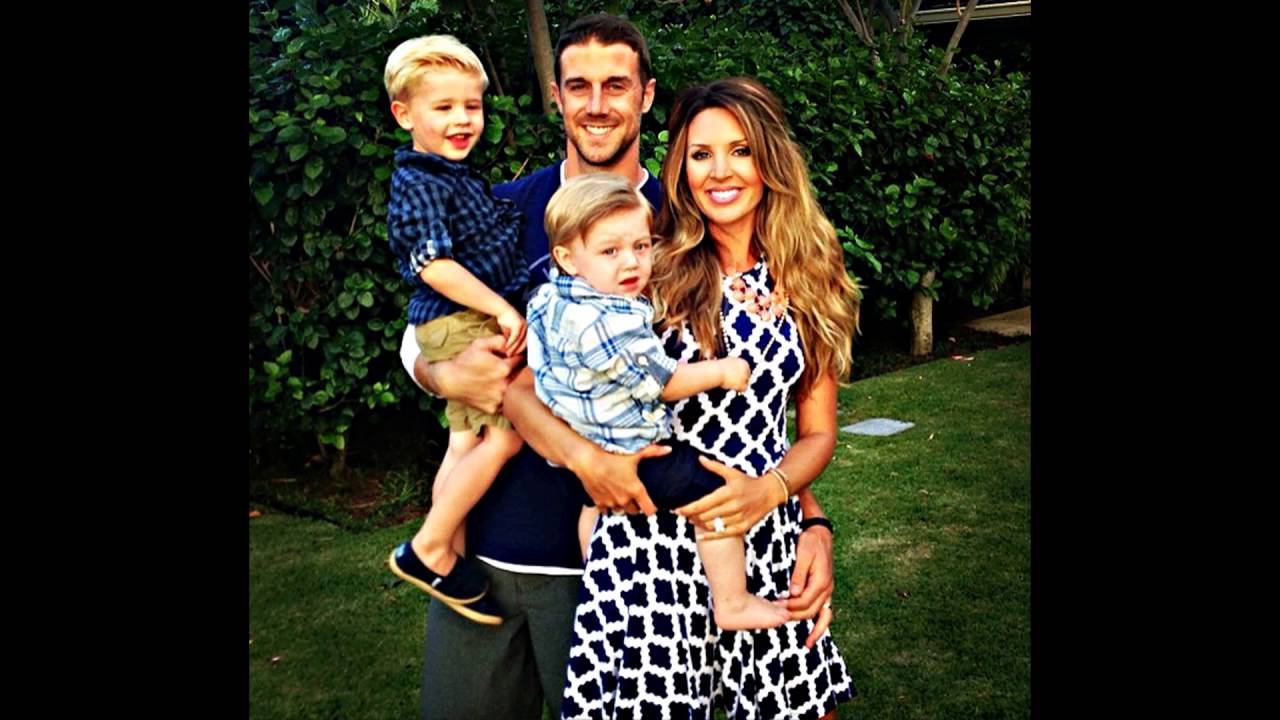 CAPTION: Alex Smith with his wife and children SOURCE: YouTube

One of Smith's grandparents was an Austrian immigrant of Serbian descent who moved to the United States when he was 12 years old. He was from the Austro-Hungarian Empire. To honor him, Smith, his brother, and his father are each tattooed with four firesteels, the traditional Serbian cross.

Smith started the Alex Smith Foundation and the Alex Smith Guardian Scholars Program in 2007, which helps to send teenagers to college. He began the program with $500,000 and continues to finance most of the charity personally with his own money.

Smith was selected by the San Francisco 49ers after his college career with the first overall selection in the 2005 NFL draft. Smith enjoyed his strongest statistical season under head coach Jim Harbaugh in 2011, leading the 49ers to their first NFC West division title and first playoff victory since 2002.

The following year, Smith sustained a concussion in the middle of the season and was replaced by Colin Kaepernick. Smith was traded to the Kansas City Chiefs after the 2012 season. During his first season with the team, he led them to a start of 9- 0 and their first playoff berth in three years.

Only Tom Brady and Russell Wilson won more matches as a starting quarterback during his time with the Chiefs.  On 30 January 2018, the Kansas City Chiefs agreed to trade Smith with the Washington Redskins in exchange for the Kendall Fuller, cornerback.