Denise Garcia is an  American former college soccer player who played for the Seattle Redhawks and UC Riverside Highlanders. Garcia rose to fame after her relationship with an American professional basketball player for the New Orleans Pelicans, Lonzo Anderson Ball. The love birds have been dating each other for more than seven years.

Denise Garcia was born on April 14, 1996, in West Covina, California. She is among the three children born to Gary Garcia and his wife, Patricia Garcia. She was raised with her younger brother Gary and younger sister Dayna in the nearby suburb of Chino Hills. After graduating from Chino Hills High School, Garcia enrolled at the University of California Riverside. Denise stands five feet and five inches tall and weighs over 58 kgs.

Denise Garcia: Mother of a Child

Denise is involved in a romantic relationship with her High School boyfriend, Lonzo Ball. The duo first met each other in their High School and have been together ever since. Garcia and Lonzo have had many ups and downs in their love life. In early 2018, Denise and Lonzo opened about expecting their first child. In July 2018, The duo welcomed a daughter, Zoey Christina Ball.  Both of them shared the news through posts on their social media. 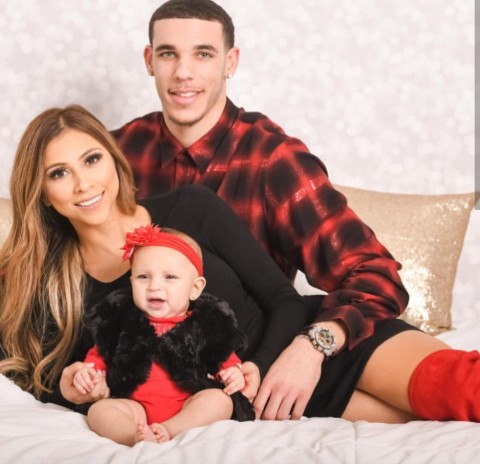 The happy-looking relationship never remained the same after the birth of their child. Ball and Garcia split up in summer 2018. Lonzo took their daughter with her. In October 2020, They eventually reconciled and had been together ever since. Both of them are active social media users and keep sharing each other's photos regularly.

How Rich is Denise Garcia? Know About Her Net Worth, Contract, and Earnings

Denise played soccer in her High School days and for the Seattle Redhawks. However, She did not list her name for the Women's NFL draft. Denise is living a lavish life through her boyfriend's successful NBA career. Garcia's boyfriend, Lonzo Ball, has an estimated net worth of more than $20 Million. Ball has earned much of his net worth through his contract and salary with the NBA franchise.

Lonzo and his family bought a fixer-upper in Chino Hills, California, for $5.2 million in 2017. He closed on the rundown mansion in his hometown only two months after the draft. The three-acre estate centers around a gigantic, 13,800-square-foot villa in need of some TLC. The Mansion includes several luxury amenities, such as a home theater, library, staff quarters, and a fireplace. The property also comes with a 1,200-square-foot guest house, pool, and cabana.

Garcia played soccer from a very early age and was part of her High School soccer team. She helped lead the Huskies to the 5A state title in 2006 with 20 goals and 16 assists. Denise was a three-time first-team high school All-America, three-time All-State selection,  and three-time 5A soccer MVP. Garcia also played club soccer for the Legends FC. With the team, she won four state titles. Denise played for Seattle Redhawks and scored nine goals and recorded six assists.