Denis Joseph Savard, mostly known as Denis Savard, is an ambassador for the Blackhawks organization and a former Canadian professional ice hockey player. During his active years, he played for clubs like the Chicago Blackhawks, Montreal Canadiens, and Tampa Bay Lightning.

Denis played in the NHL for seventeen seasons, starting from 1980 to 1997. He is named one of the '100 Greatest NHL Players in history. Savard played as a center and was a right-handed shooter. The player was elected to the Hockey Hall of Fame in 2000.

Savard's Career Earnings And Salary In His Playing Years

The Ice hockey player Denis started his hockey career in 1970, and since then, he has played for multiple teams and participated in various tournaments. So, his career earnings is $6,471,350, and Denis was one of the highest-paid players of his playing years, including Alex Cavallini. 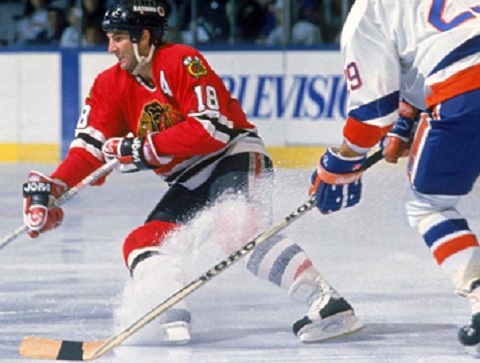 Denis lives a luxurious life with his family with all of his earnings. Similarly, he is among the successful Ice hockey players with huge gains.

Savard was born on February 4, 1961, in Gatineau, Quebec, Canada. Unfortunately, his parent's names are not accessible on the web sources. While glancing at his bio, Denis has a cousin named Jean Savard.

Furthermore, Savard has preferred to keep his family life away from the press. So, further information regarding his family members remains unknown. Like his family details, Denis has also barred his educational facts away from his fans and people.

Is Denis Married? His Wife And Kids' Name Revealed

Denis Savard is married to his wife, Mona Savard. However, the former Ice hockey player has yet to share his married dates and place. Together the couple has a daughter named Tanya. 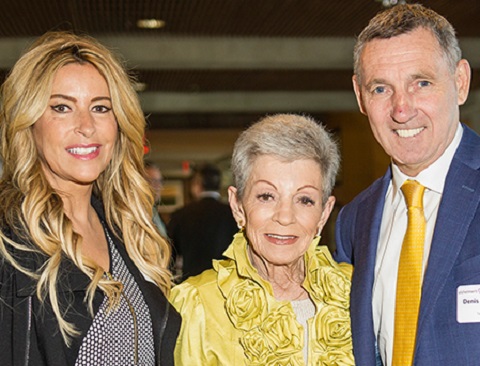 Tanya is engaged in the film business as she is interested in pursuing a career as a director. Further details regarding their life are unknown. Denis resides in the Chicago Suburbs with his wife.

What Is Savard Doing Now? Know His Career

Denis is currently serving as an ambassador for the Blackhawks organization. He previously served as head coach of the Chicago Blackhawks.

As a youth, Denis played at the 1973 and 1974 Quebec International Pee-Wee Hockey Tournaments. He was drafted in the third overall pick by the Chicago Blackhawks in the 1980 NHL Entry Draft. The former Hockey player was the highest-drafted player in Blackhawks' history. So, during his active years, Savard was known for his trademark move, the 'Savardian Spin-o-Rama.

The former hockey player is 5 feet 10 inches tall which is also 1.78 meters. And he weighs 77 kg. More, he is active on the sports field, and Denis still manages to stay fit and well-maintained like the German hockey player Leon Draisaitl.